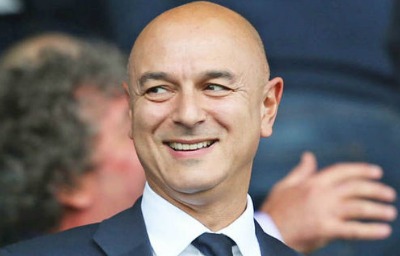 Tottenham Chairman Daniel Levy has welcolmed the idea of NFL and Premier League games being played at their new stadium on the same day.

Spurs have begun work on a new 61,000-seater stadium that will be the largest top-flight ground in London and offer purpose-built facilities for NFL.

Tottenham have already announced a 10-year partnership to host two NFL games a year at the new stadium, which is due to be ready for the 2018/19 season,

Levy told ESPN: “I don’t think it’s something we’d want to try for our first game, but that is certainly realistic. How exciting the idea of having the two biggest leagues in the world from a television perspective – fantastic – play on the same day.”

“One of the idle thoughts we have at the moment is, would you really be able to play an NFL game and an EPL game on the same day as a doubleheader?”

“It wouldn’t be absolutely out of the question. I don’t think you’d want to do it on a regular basis, but on a unique feature, that might be a really interesting idea.”