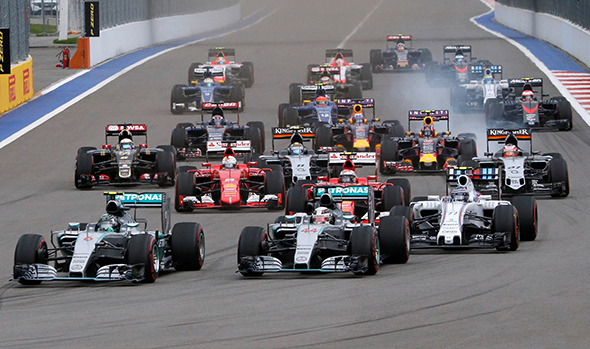 Top 5 iSportconnect EXCLUSIVES of the week

Liberty’s mega purchase of F1 down to “uniqueness and potential”

John Tinker, financial analyst with Gabelli & Company, has claimed that Liberty Media Company (LMCA) is paying 17 times the firm’s earnings of $479 million (£361 million) due to “the uniqueness of the franchise and potential size of the market”, stressing the financial incentives of the deal.

American firm Liberty Media has acquired a 19% stake in Formula One, their first step in taking full control by 2017 for a total of around $8 billion (£6 billion).

Liberty Media made the first transaction of $746 million (£562 million) on 7 Sep, with the second expected in the first quarter of 2017 when the American media company will gain complete control and change its name to the Formula One Group.

EXCLUSIVE: Talking Arsenal around the world

In modern football a handful of clubs have grown so large that they have turned into global brands in their own right. More people around the world are watching European teams play, and are looking to engage with their favourite clubs, from markets far and wide.

Mark Gonnella is the communications director at Arsenal, and is tasked with growing Arsenal’s world, by speaking to more fans in more and more relevant ways.

The introduction of the Bonus Round Fencing to Modern Pentathlon is the latest innovation from UIPM, following the adoption of the Combined Event in London.

With the Olympic debut of the Bonus Round taking place in Rio UIPM President Dr Klaus Schormann said:

“UIPM introduced the Combined Event in London as a new and vibrant climax to the Olympic competition. It was a dramatic spectacle and at the same time a very difficult test of nerve and stamina, and the capacity crowd in London was thrilled.”

The Rio 2016 Paralympic Games are “exceeding expectations” according to the International Paralympic Committee, as they confirm that 2 million tickets have now been sold.

The rapid rise in ticket sales have given organisers a boost after the dismal expectations of the Games after the Olympics, when only 12 per cent had been sold.

Craig Spence, the director of communications for the IPC, told iSportconnect that the enforced cutbacks to the event had not had an adverse effect and that the Games were above and beyond what the governing body expected.

Read what he had to say HERE

Special Report – What to do when the worst happens

Every business will go through bad patches. But occasionally something will go badly wrong, that could threaten the business itself – a crisis.

Crisis management and preparation is becoming an essential part of running a business. With the growth of social media, news of errors in judgement and controversies can spread quicker than ever before.

Charlotte Thompson, a Senior Manager in Deloitte’s Risk Advisory practice, explains how important it is for companies and businesses to plan for things going wrong.