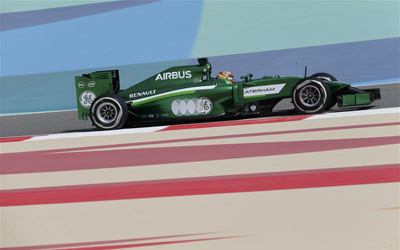 Tony Fernandes has sold his Caterham Formula One team to a consortium of Swiss and Middle East investors, bringing an end to a troubled project.

The Malaysian businessman, who also owns newly promoted Premier League club QPR, has spent over £250m on the organisation in four and a half years.

Despite this, Caterham has not had a point to their name in that time spent on the Formula One grid.

The team will continue to race as Caterham F1 Team and will stay at their base in Leafield for the time being.

Colin Kolles, who had previously worked with Midland, Spyker, Force India and HRT, will advise the team, whilst former Dutch Formula One driver Christijan Albers will take over the day-today running of the team.

Albers said: “We are aware of the huge challenge ahead of us given the fight at the bottom end of the championship. Our target now is to aim for 10th place in the 2014 championship.

“We are very committed to the future of the team and we will ensure it has the necessary resources to develop, grow and achieve everything it is capable of.”

Speculation of the takeover had increased last week when Fernandes tweeted: “F1 hasn’t worked, but love Caterham Cars,” before closing his account.

He will now focus his attention on securing QPR’s Premier League survival after a torrid first season in charge.

QPR were relegated from the Premier League despite Fernandes providing a large transfer kitty to managers and placing new recruits on large contracts.

They were promoted from the Championship by beating Derby in the playoff final at Wembley in May.