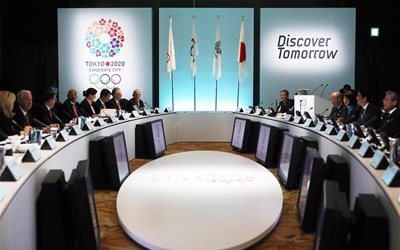 Public support for the Tokyo 2020 Olympic bid has increased significantly to 70%, a dramatic increase from the previous report published in May 2012.

The poll suggests that the bidding committee is inspiring citizens to back the city’s bid.

Tsunekazu Takeda, IOC Member and President of both the Japanese Olympic Committee (JOC) and Tokyo 2020, said: “I am pleased to hear these survey results. It demonstrates Tokyo’s unmatched passion for sport and desire to host the 2020 Games.

“Following the London Games, excitement about sports and the Olympics spread from London to Tokyo. I am convinced that it was the athletes’ performances that helped inspire the increase in our public support.

“This was proven when you consider 500,000 Tokyo citizens who crowded the streets of Ginza to welcome home our medallists.”

“I think the number speaks for itself in how much our efforts have helped. For instance I had the opportunity to speak to our international friends at London’s press conference, and I spoke on how great Tokyo is as a city, and also stressed our organisational ability. I will continue to do everything we can to ensure the Olympic and Paralympic Games come to Tokyo in 2020.”

The IOC Evaluation Commission is visiting Tokyo this week to review the city’s readiness to host the Olympic and Paralympic Games in 2020.

Whilst the figures are positive, they are still some way off rival bidding city Istanbul, with 94% of their city’s residents in favour of the Games and 89% nationally backing the bid.

Sponsors Talk up Bid to IOC

Meanwhile the bid’s major sponsors and ticketing agents such as Toyota and PIA Corporation have presented reasons why Tokyo 2020 has an unmatched sponsorship and ticketing programme to the IOC.

Led by Toyota Chairman Fujio Cho and PIA’s President Hiroshi Yanai, a group of business icons showed the IOC how Japan has a history of corporate sponsorship, proving that Tokyo 2020 would have a strong support.

With 16 Official Partners already on board and many more to follow, Tokyo 2020 estimates that domestic sponsorship eventually could exceed $930m.

Cho, who is also Chairman of the Japan Sports Association, highlighted Japanese companies’ dedication to domestic and international sports, adding that partnerships with Tokyo 2020 would be pursued for promotional reasons and  social responsibility to further sport in Japan.

Yanai showed the IOC that Tokyo 2020 would be supported by a state of the art system that allows last-minute purchases at around 40,000 convenience shops and real time confirmation of availability through PCs and mobile devices.