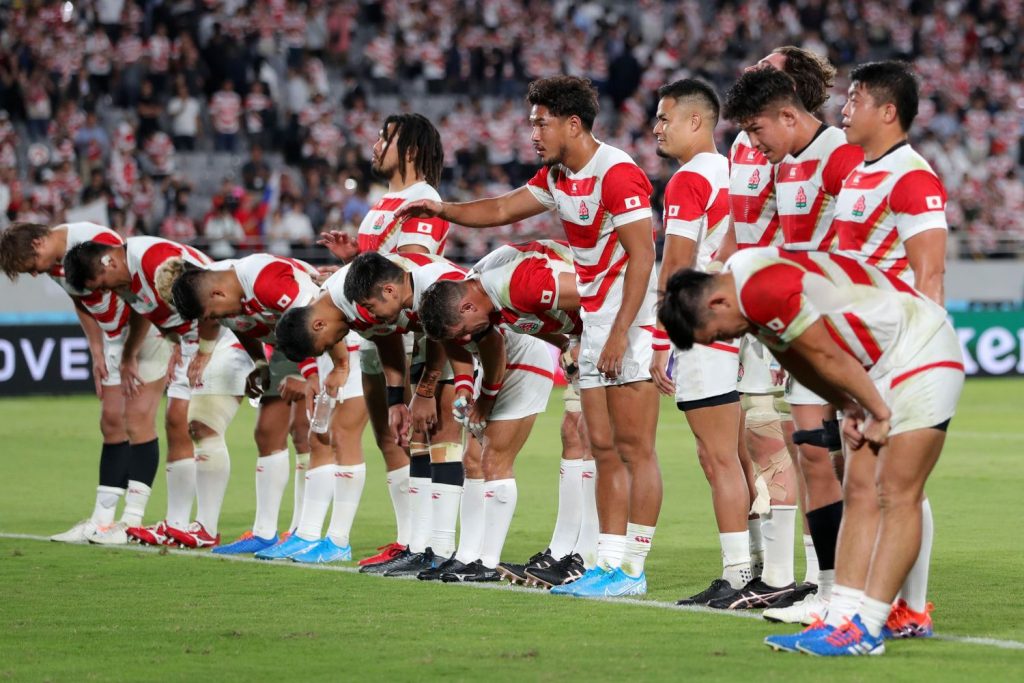 Tim Crow: Back to The Future – How Corporate Japan Ruled The First Two Rugby World Cups

The 2019 Rugby World Cup is up and running, and naturally one of the dominant themes is Japan, as a host and as a new frontier for rugby in Asia. As a result, my mind has been taken back to the leading and largely forgotten role Japan, or rather Japanese brands, played at the outset of the Rugby World Cup.

The first Rugby World Cup, held in Australia and New Zealand in 1987, was an amateurish affair in every sense of the word. Professional rugby was still eight years away, many of the game’s powers were lukewarm about the event, and in a pre-digital media ecosystem coverage was limited.

But of the handful of companies that signed up to sponsor RWC 1987, almost all of them were Japanese brands motivated by the favourable time-zone and strong TV coverage of the tournament in Japan. One, KDD, paid more than the others and effectively became the tournament’s title sponsor.

And in the next tournament, held in the UK in 1991, another Japanese brand was to repeat the trick and write one of the key chapters in the modern sports marketing playbook.

The early 90s were evolutionary times for sports marketing. Although the industry was growing fast, the supply of opportunities was still limited, rights holders were old-school and commercially under-skilled (not least in rugby), and among brands, sports marketing was very much a minority activity.

The result of all that was that many of the operating principles we take for granted today just didn’t apply ahead of RWC 1991. And the biggest difference was how the tournament’s event and broadcast sponsorships were sold.

Today, it’s established practice for rights holders to sell their event sponsorships well in advance, and give their major sponsors a contractual first option to buy sponsorship of the event’s TV coverage. World Rugby been exemplary in this respect, and as a result one of the Worldwide Partners, Land Rover, has exercised their contractual option to become a co-sponsor of ITV’s Rugby World Cup coverage in the UK. All very orderly.

ITV knew they were certain to make a profit when Sony bought the RWC broadcast sponsorship for £2million.

The other big feature of the 1991 tournament in the UK was ITV’s coup in 1989 of winning the exclusive UK TV rights, with a bid of £3million which the BBC would not match. Great business for ITV given that the tournament was a huge TV hit – over 13 million watched the England-Australia Final on ITV – and that this success paved the way for ITV to retain the rights to the RWC to this day.

And even before the 1991 tournament started, ITV knew they were certain to make a profit when Sony bought the RWC broadcast sponsorship for £2million.

This also turned out to be very good business for Sony, as David Pearson, Sony’s UK Managing Director at the time, later recalled: ‘Various Rugby World Cup opportunities were presented to us including being one of eight sponsors of the competition itself. However, what I felt was of much more interest was the opportunity to become the unique sponsor of the ITV broadcast rights. I decided to only sponsor the broadcasting and leave the event sponsorship to others. I believed that far more people would watch the matches on TV than in the stadia and I did not like the idea of sharing sponsorship with seven other parties. So it proved. The majority of people believed that Sony had actually been the event sponsor, giving rise to allegations by some of the official event sponsors that Sony had ambushed the competition. But that was false. We had chosen legitimately from the choices put to us.’

Spot on. Sony did nothing wrong. They took a brave decision on a new tournament and, in the UK, a new advertising format – paying, let’s not forget, far more than any of the event sponsors – and reaped the rewards of bravery and innovation.

And of course, what they also did was to demonstrate that broadcast sponsorship needed to be integrated with the event sponsorship offer, as it is now for the Rugby World Cup and all other major sporting events.

Here’s to the innovators!