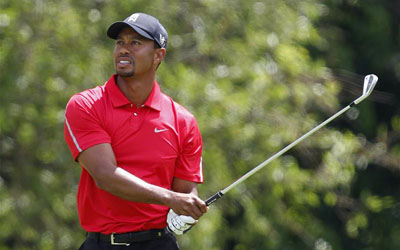 This agreement includes sponsorship of Tiger Woods’ golf bag. The partnership officially begins July 1st, 2014 with Woods fighting to return to the course for the British Open later that month.

Woods will also be featured in MusclePharm advertisements and commercials. He will further support the brand via appearances and social media promotion.

“Tiger Woods is more than a golfer,” said Brad Pyatt, Chairman and CEO of MusclePharm. “He is an elite athlete possessing legendary work ethic and determination, as well as a focus on remaining in top physical shape. We are excited to work with Tiger to bring more attention to nutritional science and how it can enhance strength and overall athletic performance — and most importantly — fuel athletes safely.”

“One of the keys to success as an athlete is making sure you are fueling your body properly, which is at the core of MusclePharm’s mission,” said Tiger Woods. “This golf bag venture is a great way to launch this partnership. I look forward to working with MusclePharm to help people achieve their peak physical form.”