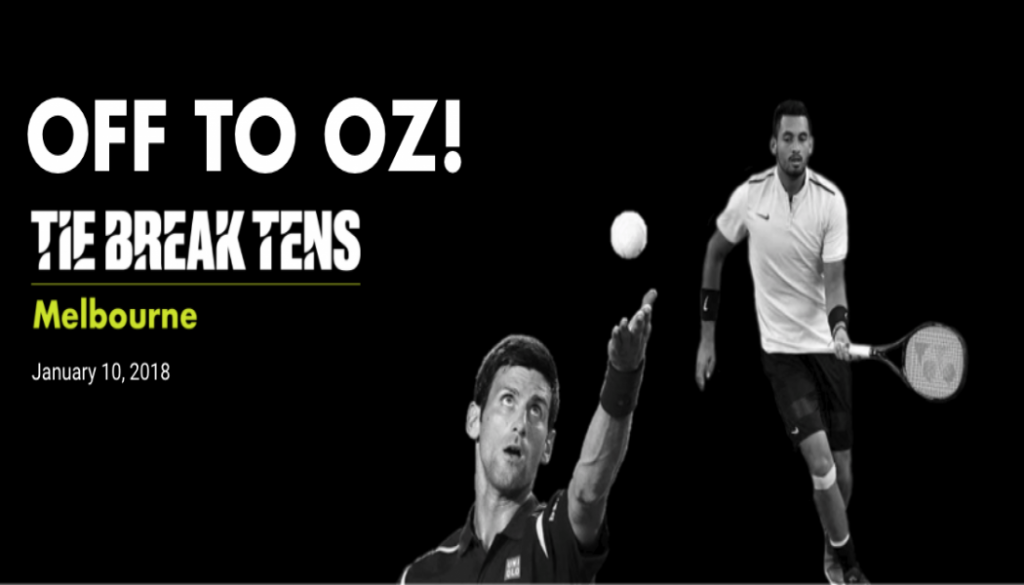 Tie Break Tens set to debut in Australia in January 2018

A new, condensed version of tennis, Tie Break Tens, will launch its 2018 series in Melbourne with Novak Djokovic and Nick Kyrgios set to complete the competition’s star-studded lineup.

Tie Break Tens consists of ten point tie breaks, with no games and sets. The winner of the Melbourne event will secure $250,000 in prize money, along with the coveted Tie Break Tens champion’s trophy.

Margaret Court Arena (MCA) will host the new format, which will take place in mid-January – just five days before the Australian Open.

Tie Break Tens CEO Felicity Barnard said: “After three great events in Europe, we are looking forward to taking Tie Break Tens further afield, kicking off in Melbourne before the Australian Open. These events attract new audiences to tennis and I am delighted that Novak Djokovic and Nick [Kyrgios] have signed up to our first tournament in Melbourne.

“Aussies love their tennis so I know they’re going to relish the chance to see top players competing head-to-head in this exciting new format.”

“Tie Break Tens is a lot of fun but it’s also super-competitive: there’s not many sports events where a player can walk away at the end of a single evening with a championship title, a trophy and $250,000 in prize money.”

“It’s fast, it’s flashy and heaps of fun for everyone. It will be a fantastic start to the 2018 tennis season and should certainly whet people’s appetites for high-calibre tennis before the Australian Open gets underway.”

World Number 21 Kyrgios added: “Tie Break Tens is a great format and really suits my game style. I am looking forward to having some fun with it and I reckon the crowds will really get into it. It will be the perfect chance for fans to see some high-quality tennis before the Australian Open starts.”