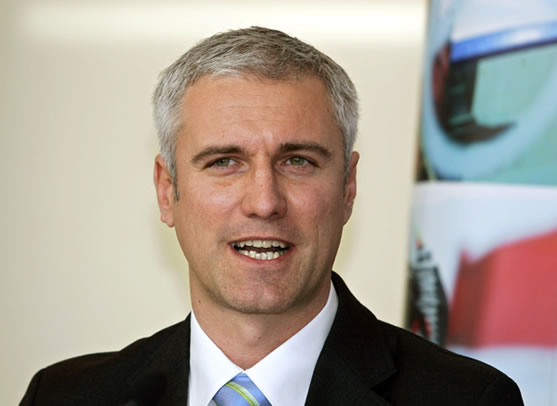 The race against the clock

The most exciting race against the clock at most major sports events seems to be the one of finishing the construction works on time. Major events in the past two decades have been awarded to host cities or host countries where most sport and other infrastructure needs to be built from scratch. The legacy of improved infrastructure and overall urban renewal of course is a legitimate objective of many bids for major events. The goal of sport governing bodies to bring their events to new cities or countries with a high development potential for the sport is also more than understandable.

However, shop it seems a new approach to the timeframe available for preparing a major event could be beneficial for both governing bodies and event organizers. The roughly 7 years an event host has available from the day being awarded an Olympic Games or FIFA World Cup to the Opening Ceremony has proven to be rather short for infrastructure development. In many occasions the run-up to the event is dominated by news headlines on construction progress rather than the actual preparation of athletes and the development of sports. Both news reports and also the many research articles published on the topic describe three recurring phenomena:

Firstly, constructions delay. For many recent major events the risk of not finishing infrastructure construction on time, or actually not finishing it on time has been widely reported and studied (e.g. 2010 Commonwealth Games; 2014, 2010 Football World Cup; 2012 Euro; 2014, 2006, 2004, 1992 Olympic Games). The infrastructure generally is finished with a last minute effort, with extra resources and at large additional cost. Often the term ‘finished’ also receives a flexible interpretation, with work on ‘nice-to-have’ or not absolutely necessary features postponed until after the event.

Secondly, infrastructure quality. In the rush of planning and building sport infrastructure and accommodation sites on time, the quality of the buildings often suffers. Often it is required to start building ‘something’, and because of time pressure a possibly ‘better’ solution can not be studied, planned or executed.

Thirdly, cost increases. Infrastructure costs for major events often increase even when there is no construction delay. The domestic construction industry often cannot absorb the volume of infrastructure works directly related to the sport (venues, hotels) or fast-tracked in order to support for the event (roads, public transport, airports, urban renewal etc.). The peak demand for construction labor, materials and equipment often outstrips supply and leads to increasing costs.

The question is if these three issues related to infrastructure development could be mitigated by a longer preparation time for the event hosts?

FIFA this past December has awarded for the first time the staging of two World Cups at the same time. Unintentionally or not, this means that the event organizers of the 2022 World Cup in Qatar have four years more to prepare for the event than the organizers in Russia. For the first time the industry will be able to observe, if these additional four years in preparation time will translate into a reduced stress onto infrastructure development.

If the experience is a positive one for the hosts in Qatar and FIFA, a discussion about extended or flexible preparation periods for major event hosts should be started as quickly as possible, not only related to the Football World Cup. Especially as sports governing bodies are actively inviting bids from countries, where the need for infrastructure development is high.