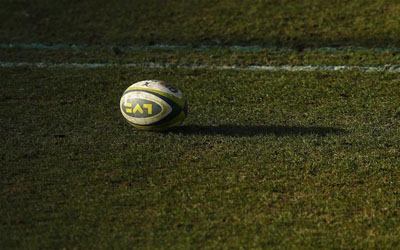 In the wake of the outcome of Joe Marler’s World Rugby hearing, I think World Rugby ultimately got it right.

Those who govern modern, professional sport are under huge pressure not only to react but to be seen to react. And here’s the thing, as is usual in this situation, you get a lot of other people reacting too, which is their right but in no way terribly helpful to the people concerned.

I feel sorry for Joe Marler; he seems a decent enough bloke who said something fundamentally misguided and has found himself caught up in a row which rapidly became less and less of his own making.

With contentious issues, such as race, gender and sexual orientation, the degree to which they are offensive is best gauged by the reaction of the person to whom they were directed.

The problem with this from a sanctioning viewpoint is that there is no ‘one size fits all’.

This means the powers that be have to legislate for issues along fairly hard line parameters, rendering ‘banter’ an outdated justification for insults.

From a PR point of view, aside from the original misdemeanour, Joe Marler did exactly the right thing.

He apologized swiftly, has put out some heartfelt mea culpa messages and has otherwise had the wisdom to shut up.

The problem, as so often in these cases from a PR perspective, is that his network has waded in to support him.

It is testament to the man that he can command such loyalty and to his colleagues that they are willing to give it but, unfortunately, this type of vocal support heaps fuel on the fire of the story. From the RPA’s statement to the numerous comments of pro-Marler teammates, every quote inflates both the coverage and the issue.

Whilst I can perfectly understand the RPA rushing to Marler’s defence, I am intrigued as to whether they asked him if it was welcome? More to the point did they ask Sampson Lee if this was something he too would appreciate? In the whole affair, I suggest sympathies should lie most with Lee, after all would you want your 2016 6 Nations’ contribution remembered for this if you were him?