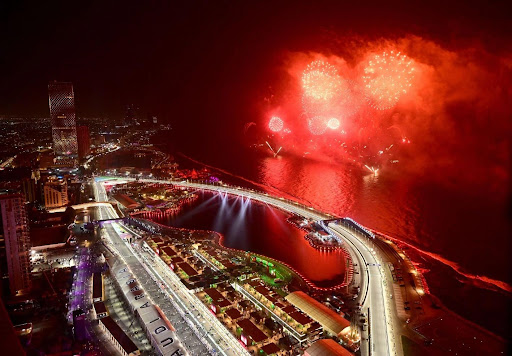 The Growth And Opportunity For Motorsport In Saudi Arabia

What does the current picture look like for motorsport in Saudi Arabia?

Saudi Arabia is on a journey to build out its motorsports industry.  Developing a thriving sports sector is a key strategic objective for Saudi under Vision 2030.  Identified as a priority sport, motorsport is a leading driver in the growth of the sports sector.

Major events have been identified as a tool to accelerate this development.  Saudi has now assembled a globally unique portfolio of major motorsport events.  No other country hosts Formula 1, Formula E, Extreme E and the Dakar Rally, alongside a growing national calendar of events.  And more major events are in the pipeline.

“Outside of events, investment is being made into new infrastructure at all levels of the motorsport pyramid.  Most notably Qiddiya, the giga-project earmarked as the long-term home of Formula 1 in Saudi.”

A new entity, Saudi Motorsport Company (SMC), has recently been established to promote and deliver this growing portfolio.  Consolidating events under SMC will bring operational and commercial synergies.  An innovative commercial architecture that aggregates rights across multiple events is already showing results, with SMC generating in its first year more sponsor revenues than any other promoter on F1’s calendar.

Outside of events, investment is being made into new infrastructure at all levels of the motorsport pyramid.  Most notably Qiddiya, the giga-project earmarked as the long-term home of Formula 1 in Saudi, will have a comprehensive facility mix across all motorsport disciplines.

Motorsport has always been a catalyst for innovation in the global automotive industry.  Manufacturers use events as a testing ground for new technologies.  In time, breakthroughs on the track filter down to the everyday vehicles we drive.  Manufacturers will localise production, research and development to sit alongside major events and racing infrastructures to realise operational efficiencies and cost savings.

“Motorsport Valley in the UK is a great example of how governments can proactively accelerate this localisation. Currently six of the ten F1 teams are based within the proximity of Motorsport Valley…”

This localisation will drive the development of the local automotive economy.  International companies will set up in Saudi; new Saudi companies will emerge; and foreign direct investment will accelerate technological research and development.  All this will trigger significant job creation, workforce and talent development.

Motorsport Valley in the UK is a great example of how governments can proactively accelerate this localisation.  Centred around Silverstone circuit and Formula 1 racing, the UK government launched subsidies for R&D and structured partnerships with public bodies, academia and the private sector.  Currently six of the ten F1 teams are based within the proximity of Motorsport Valley, alongside multiple Formula E, Formula 2, Formula 3 and GT3 teams and their suppliers.  Indeed, there are currently over four thousand motorsports companies within 80 kilometres of Silverstone, employing over 40,000 staff and contributing over £8 billion to national GDP each year.

Saudi is curating an event portfolio that drives and prioritises sustainability.  For example, the new T1 Ultimate class for low-emission vehicles in the Dakar Rally saw Audi prototypes make history as the first representatives of this class in the 2022 edition.  By 2030, all cars and trucks in the Dakar Rally will be fully powered by alternative energy, with zero emissions.

The Saudi market is also investing significantly in future automotive technologies.  Saudi’s Public Investment Fund (PIF) owns ~60% of leading global EV company Lucid Motors which has announced plans to develop R&D and production in Saudi.  The PIF also owns ~50% of ACWA Power, which is increasingly focused on renewable energy and has an equity stake in the McLaren Formula 1 team.  Saudi Aramco, a global partner of Formula 1, has stated its aspiration to become the global leader in hydrogen fuel.

“Rights holders also have the opportunity to support Saudi in developing its own motorsports IP.”

What does this mean for motorsports rights holders?

Rights holders also have the opportunity to support Saudi in developing its own motorsports IP. Two approaches can be taken.  Firstly, working with Saudi to create new motorsports concepts where they own the commercial rights for monetisation. Alternatively, rights holders can offer equity to Saudi partners, consequently transferring ownership of their existing IPs.

Saudi’s ambition in motorsport isn’t slowing down and the opportunities for international rights holders are widespread.

ELLVEE: The trusted commercial advisers for events and IPs across sport, culture and entertainment in the Middle East – FOLLOW ELLVEE HERE