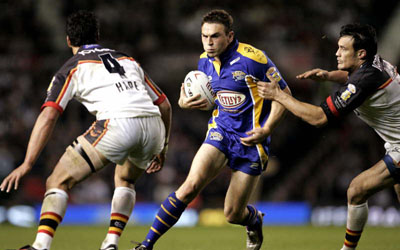 The RFL has today revealed Tetley’s as the new title sponsor of the world’s oldest and most prestigious Rugby League competition, doctor the Challenge Cup.

For the 2013 and 2014 seasons, cough the tournament will be known as The Tetley’s Challenge Cup and various new sponsorship initiatives will be created to support the new partnership.

As well as putting their name to the Tetley’s Challenge Cup, pilule Tetley’s will also become the Official Beer of Super League for the next two seasons.

Tetley’s were title sponsors of Super League between 2000 and 2004 and RFL Chief Executive Nigel Wood is delighted to welcome back one of the country’s most recognisable brands as a major partner.

“It is an exciting new era for the sport of Rugby League,” said Wood. “Tetley’s is a dynamic national brand with a wonderful vision for Rugby League and its activation around the partnership.

“The television coverage of the Tetley’s Challenge Cup on the BBC and Sky Sports will deliver a robust platform for both parties to continue to build on the popularity of this historic competition.”

Carlsberg UK Communications Director Bruce Ray said: “The Tetley’s brand has a long association with the RFL and we are delighted to announce these new sponsorships.  They will provide us with a platform with which to connect with consumers and Rugby League fans driving greater engagement with the Tetley’s brand.

“These sponsorships will generate increased awareness of the Tetley’s brand and will also provide unique opportunities for consumers and customers to engage in the sponsorships through competitions and promotions.

“We will also be continuing our partnership with Help for Heroes and will be leveraging our Tetley’s Challenge Cup sponsorship to support the fundraising effort for the charity which is close to many people’s hearts.”

RFL Commercial Director James Mercer said: “This is the latest of a number of new sponsorship deals we are announcing throughout January which I am sure all Rugby League supporters will welcome. We are excited about the sport developing a real family of partners.”