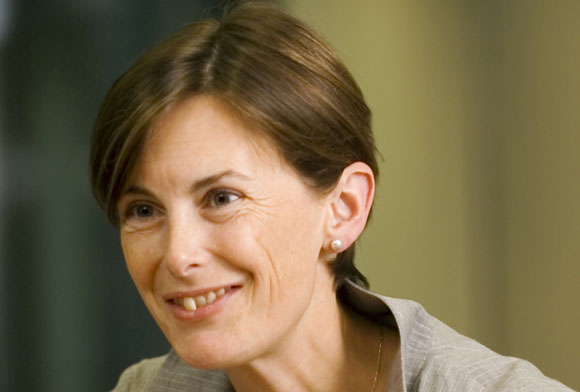 Heather Hancock is the Partner responsible for Deloitte’s Olympic and Paralympic relationships and services, and the Managing Partner for Innovation & Brand. Heather came to Deloitte following a career spanning over 15 years in the public sector. She has been private secretary to three Home Secretaries, a member of the Senior Civil Service, and run a major quango and a special local authority. As a result, Heather has an intimate understanding of the machinery of Government, first-hand experience of governance and accountability across the public sector, and knows how policy aspirations can be translated into practical action.

Living in the Yorkshire Dales ( England, UK) and being passionate about gardening are her antidotes – for peaceful reflection on clients’ challenges, and really getting her hands dirty in practice.

Can you give us a brief overview of your career and how you came to be work for Deloitte?

I have a degree in land economy from Cambridge, which is a degree in the economics of the property market – I started off in a completely different world, which is in land agencies. I was an agent on a crown estate. I absolutely love rural land management, but it wasn’t very exciting.  So I moved away from that; I joined the civil service as an economist. I was the Home Office’s first economist and became the Home Secretary’s private secretary in the late 1980s. I worked for three Home Secretaries. I then went to set up a new department for national heritage and sport after the 1992 general election. So I started the team that created that.

From that role, the classic public sector career, I then set up the Millennium Commission and became its first chief executive. Then in the mid 90s we decided to move back up north. I’d just got married and thinking of having a family and being a good northerner – how could I possibly have children in the south? Would my father never speak to me again? So we moved back up north and that’s when I first worked for Deloitte. I went to help with their consulting business in the north of England, particularly with a focus on sport. I worked with Jerry Leamon.  I did quite a bit of work for clients like the Football League, Sheffield’s bid for the UK Sports Institute. I did that for a couple of years in Leeds.  And I hadn’t got out of my system running things in the public sector. So I went back to run more things in the public sector – I ran a National Park and them I went to Yorkshire Forward, which was the regional development agency. In 2003 Deloitte kept saying, ‘Are you going to come back?’ And I kept saying no – and I thought they may not keep asking. So I said yes and came back as a partner in the business to create a regional government consulting business, which Deloitte didn’t have. Regional government was still a relatively new concept. So I joined in October 2003.

Obviously I don’t do that any more. I’m a consulting partner. A partner in the strategy business. My consulting specialism is public sector accountability, public sector policy. I became the lead partner for 2012-related work in about 2004-05, at the final stages of the London bid. I’ve been doing that ever since. I joined the governance board in 2005 and became a managing partner of the firm in 2007. My executive role is everything to do with brand, CSR, online capability, all those sorts of things. Then, obviously, sponsorships.

Deloitte is already pretty well known to the sporting public with initiatives like the Football Money League and so forth. Do you think your sponsorship of the Olympics is taking your awareness  to a new level?

I’m not sure it’s about public awareness. It’s to do with brand. Football’s unusual because it does give us a level of public prominence, which is always nice and helps reinforce elements in the sports market, but our Olympics work is definitely meant to hit two audiences really. It’s definitely meant to hit the recruitment market in a big way and of course our people within the firm. But it’s also meant, not particularly to promote us in our sports role – I’d say the Olympics is not really a sports project, it is a very big project in sport – it’s really a platform to explain the breadth of capability we have.

A firm like ours can seem like Tesco, the supermarket. We do everything. There’s one of those on the shelf somewhere in the firm and that is a fantastic thing. But when you’re talking to a client about that it can be hard to get your head around it. So with the Olympics lots of people think they understand. And it doesn’t matter whether they do or they don’t because they start to get an idea of what we’re capable of.