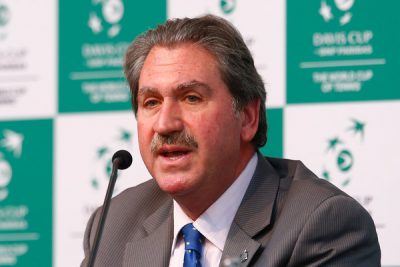 The International Tennis Federation (ITF) will retain the home-and-away ties in the opening stages of the revamped Davis Cup, its president David Haggerty has said.

Earlier this year, the ITF announced a huge shake-up of the Davis Cup which will see the formation of an 18-nation World Cup of Tennis finals played in one location, starting in November 2019.

Critics of the proposal have said a one-week competition in one city would greatly affect the tournament.

However, Haggerty told the Telegraph newspaper: “We are looking at a round of 24 home-and-away ties in February, in the week after the Australian Open, producing 12 winners. They would then go on to the November tournament, along with the four semi-finalists from the previous year, and two invited teams. It’s important for the national federations to be able to stage ties. It’s a way of promoting the sport and of connecting with fans.”

Haggerty, who has led the ITF since 2015, also said that a revamp of women’s Fed Cup tournament would take place in 2020.

“We’re all for equality,” Haggerty added. “The Davis Cup reform is a very big project. We’re looking to get it set up from next year and then we will try to take the Fed Cup in the same direction.”