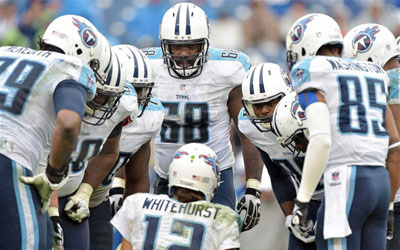 As part of the long-term deal the team’s stadium will be rebranded as the Nissan Stadium.

“This partnership sends a strong message about the positive future on the horizon for the Titans franchise, Nissan, the City of Nashville and Middle Tennessee,” said Titans Controlling Owner Amy Adams Strunk.

“We are proud to partner with one of the world’s most respected companies in Nissan, and we look forward to the positive impact of this relationship on our franchise and the City of Nashville.”

Fred Diaz, senior vice president, Sales & Marketing and Operations, U.S.A., Nissan North America, said: “Middle Tennessee is a great place to live and do business and Nashville is one of the great vacation and convention destinations in the U.S.

“The stadium is a centerpiece of the downtown skyline, and we want visitors and Titan game TV viewers to know that we are proud to call Nashville and the great state of Tennessee, Nissan’s home.”