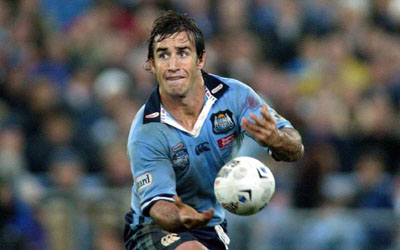 According to Australian media reports, denture Telstra are set to renew their sponsorship of the National Rugby League worth a staggering $100 million.

The deal means Telstra will continue as major sponsor of the NRL competition, click extending the six-year, clinic $90 million deal it signed in 2007.

Although the new deal is expected to have the same annual value as the previous agreement, it is understood Telstra will now have rights to broadcast NRL matches live via mobiles, tablets and Internet protocol TV, as well as at least some of the digital rights for the three weekly matches telecast by the Nine Network. It previously held all the NRL digital rights.

Fox Sports, which has rights for the other five NRL matches every week, gained the IPTV and tablet rights for the matches it will broadcast when the ARLC signed its five-year, $1.05 billion agreement with Fox and Nine in August.

That agreement allows Fox Sports to telecast its NRL matches via the new Foxtel Go tablet app, over which is also broadcasts most A-League soccer matches. Telstra has the digital rights, including mobile handset, internet and tablet rights, to show AFL matches under the terms of an agreement signed last year.

The ARLC still has to finalise its Sydney radio rights agreement, and its New Zealand broadcast rights.

The radio rights are likely to be won by John Singleton’s Macquarie Radio Network, owner of incumbent broadcaster 2GB and Southern Cross Media.

The NRL is also yet to finalise its new collective bargaining agreement with its players and the amount each club will pay the players under the league’s salary cap. NRL chairman John Grant has held a series of meetings with players in recent days, although it is understood an agreement is not close to being finalised.