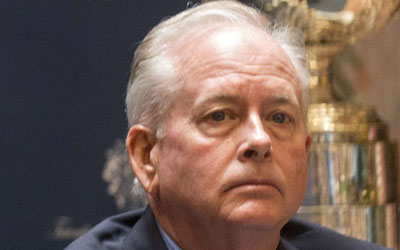 PGA of America have revealed their Board of Directors have voted to remove Ted Bishop, the 38th PGA President, from office for insensitive gender-based statements.

The PGA of America Board of Directors said in its release the remarks were “inconsistent with the policies of the PGA.”

“The PGA of America understands the enormous responsibility it has to lead this great game and to enrich lives in our society through golf,” said PGA Chief Executive Officer Pete Bevacqua. “We must demand of ourselves that we make golf both welcoming and inclusive to all who want to experience it, and everyone at the PGA of America must lead by example.”

Under the Bylaws of the PGA Constitution, Vice President Derek Sprague has been appointed the Association’s Interim President until Nov. 22, when the election of new national officers takes place at the 98th PGA Annual Meeting. PGA Secretary Paul Levy will assume the dual responsibilities of Vice President and Secretary until the election.

“The Members and Apprentices of the PGA of America must uphold the highest standards and values of the profession, as well as the manner in which we conduct ourselves at all times,” said Sprague, the PGA General Manager and Director of Golf at Malone (New York) Golf Club. “We apologize to any individual or group that felt diminished, in any way, by this unacceptable incident.”

Bishop was apologetic in his statement: “I want to apologize to Ian Poulter and anyone else that I might have offended with my remarks on social media that appeared on October 23, 2014. Particularly, I have great remorse that my comments contained the words “little girl” because I have always been a great advocate for girls and women in golf.”

PGA TOUR Commissioner Tim Finchem, added: “We understand and respect the PGA of America’s decision regarding Ted Bishop. During Ted’s presidency, he accomplished many positive things and the PGA of America and the PGA TOUR have worked in a much more collaborative and positive way as a result of his leadership.

“While his remarks on social media were unfortunate and inappropriate, Ted’s apology was heartfelt and sincere. We will always appreciate Ted’s commitment to the game of golf.”