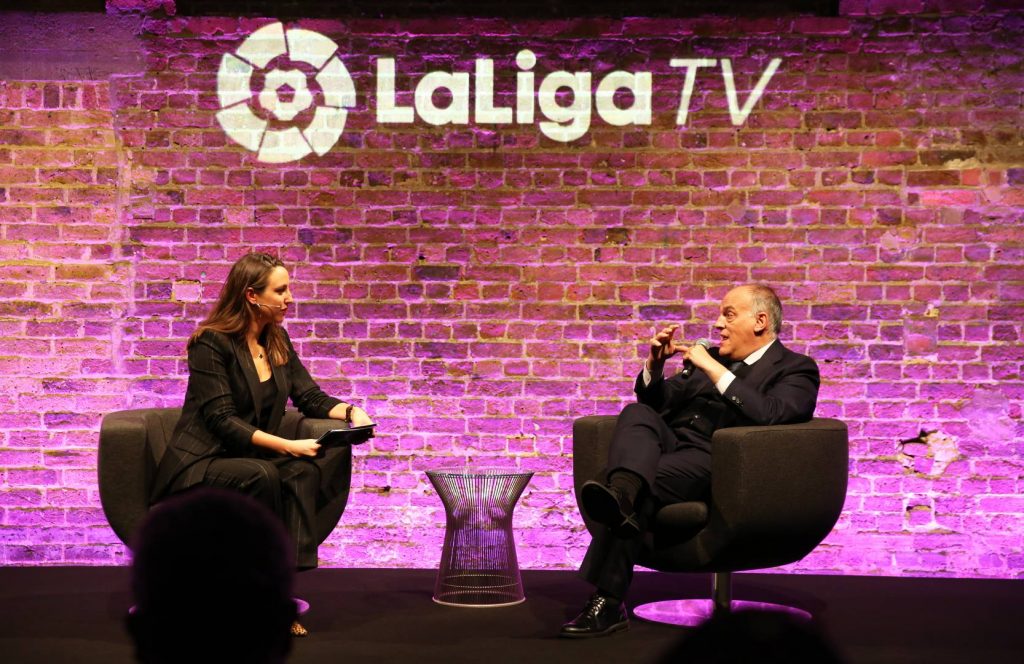 The launch of LaLiga TV, the UK’s first dedicated channel showing all live LaLiga content, was marked by an exclusive event in London hosted by LaLiga and its UK broadcast partner Premier Sports.

The channel is now available to all SKY TV subscribers, who can access LaLigaTV free of charge for two full LaLiga Santander matchdays until January 28th. Available as a standalone channel via SKY TV channel 435, LaLigaTV offers all available live matches to viewers in the United Kingdom. Following the initial two-week free trial period, the channel will be available to SKY TV subscribers for just £5.99 per month as a standalone HD channel, or £11.99 per month when purchased in a Premier Sports bundle which includes Premier Sports 1 and Premier Sports 2 HD channels.

As of today, LaLigaTV is also available on Virgin TV on Channel 554, at no extra cost to existing Premier Sports subscribers. Viewers of LaLigaTV have many exciting matchups to look forward to in the coming weeks, beginning this weekend with fixtures including Real Betis vs. Real Sociedad and FC 2 Barcelona vs. Granada CF, the first match in charge for new Barcelona boss Quique Setién.

It was also exclusively announced at the event that the forthcoming El Clásico fixture will be played on Sunday 1st March 2020, at 8pm GMT.

LaLiga President, Javier Tebas, said: “We are committed to providing the best content for our fans and I’m hugely excited about the launch of LaLigaTV in the UK. It is a very important step for us.”