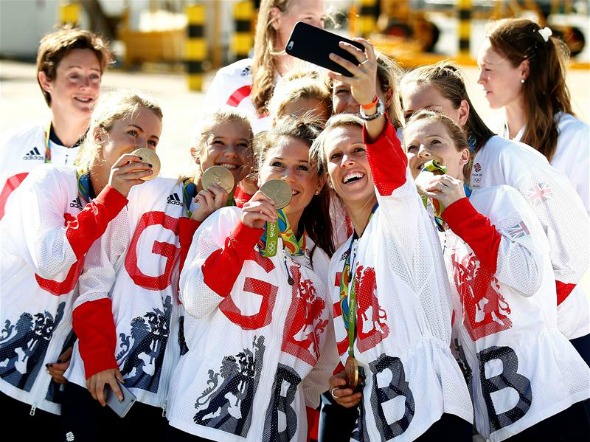 As Team GB’s medalists return to Britain, some will go back to business as usual whilst others will be hoping to capitalize on their success, build a bigger personal brand and reap all the benefits that comes with it.

For some time now, the term ‘brand’ has been successfully applied to athletes as well as the clubs they play for or the sponsors which support them. Brand Beckham was probably the first of the modern era – thanks in no small part to Victoria – since which time athletes from all areas of sport have vying to ‘do a Beckham’.

So what does this mean for our medal winners? Unfortunately, it is a universal truth that in any team – football, rugby, cricket, and now Team GB – there are usually three or four people who stand out and the rest are … well, exactly that. Not convinced? Take England’s last two World Cup wins; in the 2003 rugby team, most people remember Jonny Wilkinson and Martin Johnson but would be hard pushed to name a third. Matt Dawson or Ben Cohen may make the cut owing to their TV or tabloid profiles but few people, beyond hard-core rugby fans could name the others from that great night in Sydney. The intervening period since 1966 makes this test trickier but could many list more legends than Bobby Moore, Geoff Hurst and Gordon Banks? Even if that doesn’t convince you, name a cricketer from Michael Vaughan’s 2005 Ashes’ team apart from the captain, Kevin Pietersen and Andrew Flintoff. On top of this, all these sports have major annual clashes, long seasons and good broadcast deals which keep them in front of the public; most Olympic sports dream of enjoying the same exposure.

So with Team GB arriving back, who are the winners and losers? Without a doubt Laura Trott has the world at her feet; she already enjoys several lucrative brand partnerships and with the prospect of good times in Tokyo, she can build on her medal haul and her bank balance. If she can persuade her partner, the equally stellar Jason Kenny, to take a cannier commercial stance, their rewards could be exceptional – especially as the popularity of cycling continues to escalate. Realistically Trott and Kenny have eclipsed everyone else in the cycling team and whilst highly marketable riders, such as Becky James and Callum Skinner, will doubtless do well, their rewards won’t be anywhere near that of these two.

Another two athletes who look set for greater things are Adam Peaty and Max Whitlock, not least because they enjoy an impressive blend of charm, looks, eloquence and admirable achievement. For most Brits, interest in swimming and gymnastics is a four-year thing so they will have to balance media and endorsements with competition to keep their brands relevant but if they continue on their current trajectory, they too could do very well.

The other star likely to have been born in Rio but who will have to wait for their brand to mature is Joe Joyce; whilst he ‘only’ achieved silver, if he turns pro – and why wouldn’t he – he can look forward to some very exciting times ahead. His self-assigned brand strapline ‘He’s no ordinary Joe’ could certainly catch on.

Many stars from London 2012, including Tom Daley, Jess Ennis-Hill and Greg Rutherford have probably reached their pinnacle in terms of their brand, not least of all because their stock was so high four years ago that they couldn’t realistically get any higher. The chances are they will score a TV job on a reality series or presenting sport but it is hard to see what else they can do to capitalize on their profiles, especially for any who retire. Probably included in this group, surprisingly – and frustratingly – are Mo Farah and Nicola Adams; despite having a phenomenal time in Rio the biggest thing holding them back is that their sports simply don’t enjoy mass appeal outside the Games.

In many respects, the brand that is set to do best from Rio is the Team GB brand itself. Having hugely exceeded both its medal target and made the unprecedented step of beating China in the final medal tally, the brand has never been better positioned to eclipse any individual competitor who sits within it. The Team GB sponsors, which include Adidas, Aldi, BP, DFS and Nissan, can consider themselves very well served by their deals and, if they haven’t already renewed, would do well to see what the plans are for Pyeongchang and Tokyo. Team GB’s management has already proved itself successful and forward thinking off the field as well as on it, the popular Stella McCartney designed kit being an obvious example of this. If it continues in this vein, of all Rio alumni, Team GB could well be the one to watch.