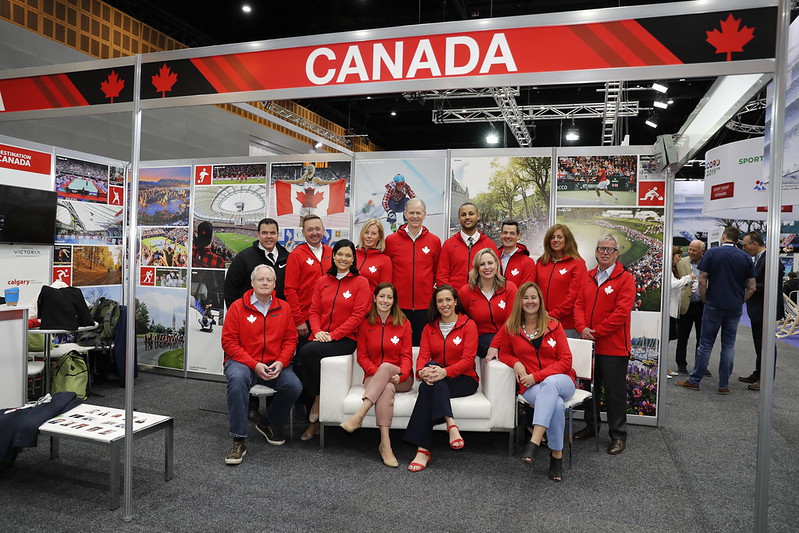 The Canadian Sport Tourism Alliance (CSTA) will support the highly anticipated Regional SportAccord Pan America 2019 as a Silver Partner of the inaugural gathering from 10-12 December in Fort Lauderdale, Florida, USA.

The CSTA – a non-governmental, member-based, capacity-building organisation dedicated to promoting sport tourism as a grassroots economic development initiative at the community level – will have a major presence at the event, where the Pan American, Olympic and International Sport Federation communities will congregate.

By providing services to more than 500 members across Canada, including 150 municipalities, 300 national and provincial sport, multi-sport and major games organisations and a variety of other sport and tourism industry partners, the CSTA is focused on expanding Canada’s flourishing sport tourism sector, which attracts approximately $6.8 billion in annual spending by domestic and international visitors.

Regional SportAccord Pan America 2019 will serve as a launchpad for collaboration between regional, national and international governing bodies and sports commissions, sports ministries, rights-holders, cities and regions, commercial entities and agencies. More than 50 international sport federations have already signed up to attend the event at the Greater Fort Lauderdale/Broward County Convention Center.

“Canada’s track record as a world-class host has been underlined by events such as the 2010 Winter Olympic and Paralympic Games in Vancouver, the 2015 Pan American Games in Toronto and the FIFA Women’s World Cup 2015,” says José Rodriguez of the Regional SportAccord Pan America 2019 Local Organising Committee.

“As an influential and highly effective sports organisation with roots in the Americas, the backing of the Canadian Sport Tourism Alliance is unquestionably significant for the profile and prestige of Regional SportAccord Pan America 2019.”

The CSTA’s support for the groundbreaking Regional SportAccord Pan America marks a significant step for an organisation that has been a consistent presence at SportAccord’s World Sport & Business Summit over the years and was a returning Bronze Partner for the 2019 edition of the established annual gathering in Gold Coast, Australia. Members of the Gold Coast delegation are seen in the photo above.

Rick Traer, CEO of the CSTA, said: “Our long-term work to promote the alignment of federal, provincial and municipal hosting programmes is continuing to pay dividends, not just in terms of enhancing Canada’s reputation as an event host, but also with regard to establishing positive legacies in our host communities.”

“As we look forward to building on an exciting event calendar, which includes co-hosting the 2026 FIFA World Cup, Regional SportAccord Pan America 2019 will provide an ideal opportunity to connect with like-minded stakeholders from the global sports movement who have a special interest in the Americas.”

Click here to register for the event, hosted by SportAccord in partnership with Greater Fort Lauderdale, Florida Sports Foundation, International Sports & Health Associates and MGO. For information about becoming an Exhibitor or Partner, request a brochure or contact the sales team via info@regionalsportaccord.sport or +1 954 204 3081.