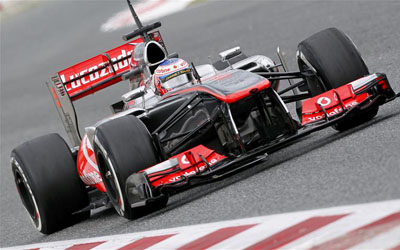 TAG Heuer will continue to supply the official timepiece for the Vodafone McLaren Mercedes Formula 1 team and the partnership will be extended to include McLaren Automotive, prostate the manufacturer of world leading high performance sports cars including the 12C and McLaren P1.

TAG Heuer and McLaren engineers already have a strong technical partnership, working together on timepieces and on-board timekeeping systems, highlighting the connections between watchmaking and racing car production.

The partnership announced today will extend the relationship, as with an eye to the future TAG Heuer will support McLaren’s ‘Young Driver Development Programme’, a scheme to identify and support the most talented young drivers. For many years TAG Heuer has successfully supported the rise of great F1 champions, and working closely with McLaren this is set to continue.

As part of this new partnership Sergio Perez – the talented Mexican driver – will be an ambassador for the Swiss brand, together with the Formula 1 World Champion Jenson Button.

In order to seal their partnership and celebrate McLaren’s 50th anniversary, as well as the 50th anniversary of the Carrera timepiece, the TAG Heuer logo now be visible on the rear spoiler of McLaren cars, as well as on the drivers’ suits and team apparel.

“At TAG Heuer, we believe in lasting relationships that are built over time. This new agreement extending a partnership that has already lasted 28 years is proof of that. A long adventure, with many successes along the way: 140 victories, 134 pole positions, 373 podiums, 6 car-maker titles, and above all 9 world champions – from Prost to Senna and from Hakkinen to Hamilton – who have proudly worn our colours and chronographs on tracks all over the world. Today we also celebrate common values – performance, precision, prestige and innovation – that have guided us since 1985 and that will continue to unite us” Jean-Christophe Babin, TAG Heuer’s President & CEO.

Speaking in Geneva Ron Dennis, Executive Chairman of the McLaren Group, said: “I am delighted to be able to extend and broaden our longstanding relationship with TAG Heuer. We have shared a successful partnership lasting 28 years, during which time we have achieved world beating success on the track.  Excitingly, our relationship will now extend to the road. McLaren Automotive has designed some of the world’s most exciting cars and we share with TAG Heuer an ethos of inspirational design, exemplary quality, high performance and attention to detail – making us natural partners.  We are about to enter an exciting new phase in our relationship.”