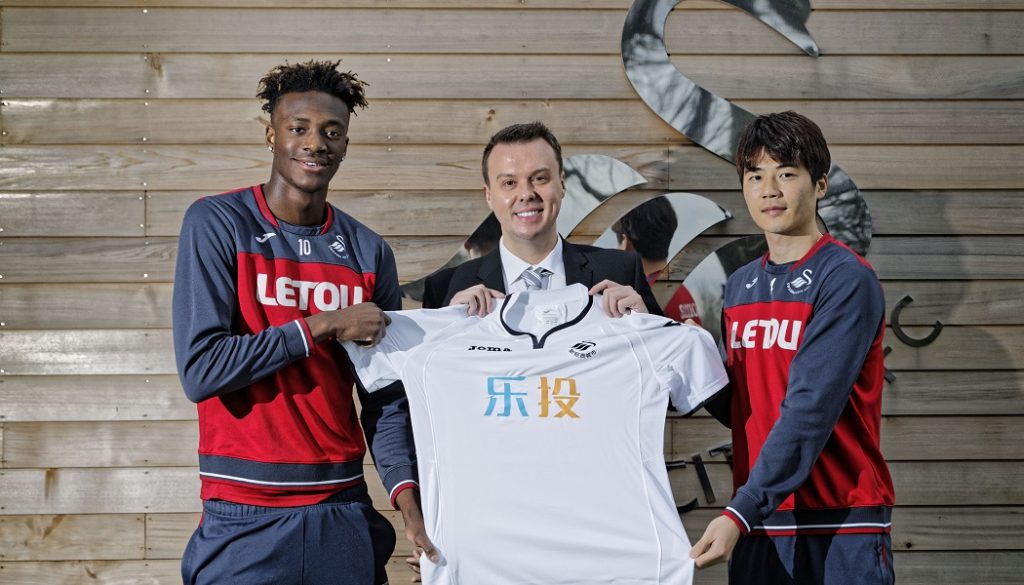 The special jersey, which the Welsh club has worked on alongside shirt sponsor LeTou, features Chinese characters and will be worn by Carlos Carvalhal’s first-team during Saturday’s Premier League fixture against Burnley.

Letou CEO, Paul Fox, said: “I have experienced first-hand the passion of the fans in Asia and by working closely together, LeTou and Swansea are embracing Chinese culture to reach one of the fastest growing fanbases in the world.”

Swansea’s Chief Operating Officer, Chris Pearlman, added: “We have spoken before about the importance of Asia as a key market for Swansea and indeed other Premier League clubs.

“We’re delighted to have worked with LeTou to commemorate Chinese New Year with a special shirt which embraces the language of that great nation and which we hope to repeat in years to come.”

China represents a key audience for Premier League clubs, with hundreds of millions of fans tuning into games every week. NBA sides have previously designed kit with Chinese imagery and lettering, but Swansea’s move represents a Premier League first.