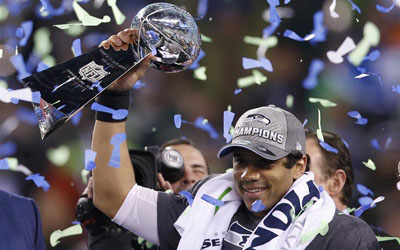 Super Bowl champions Seattle Seahawks have partnered with digital sports agency Sportsdigita to boost their sponsorship earnings off the field.

The NFL franchise routed the Denver Broncos 43-8 to pick up their first Lombardi trophy and cap off a great season for the team on and off the field.

In the last year, unhealthy the Seahawks have signed sponsorship agreements with global Fortune 500 companies, ed including Boeing and Starbucks.The new partnership with Sportdigita will help expand their sponsorship roster.

In partnering with Sportsdigita, capsule the Seahawks invested in the custom-branded Digideck, an increasingly popular digital presentation platform that serves as a leading interactive alternative to traditional presentation methods, such as PowerPoint.

Ultimately, Sportsdigita’s Digideck allows the Seahawks to showcase the amazing sponsorship opportunities and atmosphere at CenturyLink Field, because of the stadium’s immersive, interactive experience.

To date, 60-plus other MLB, NBA, NFL and NHL teams have turned to Sportsdigita’s digital technology solutions to assist them in driving revenue through corporate sponsorships and ticket sales.

“It’s interesting to see the type of teams that have gravitated the most towards our platform. Recently, they’ve been the ones with the greatest performances in their sport, and because of that, often the ones that don’t have a lot of inventory left to sell. Yet, the best teams are always looking for ways to become better both on and off of the field,” said Angelina Lawton, CEO at Sportsdigita.