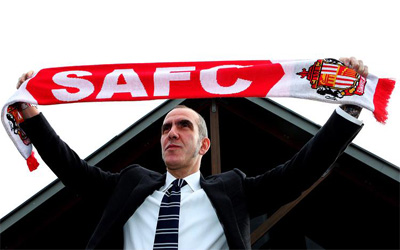 The Nelson Mandela Foundation insists that Sunderland’s controversial appointment of Paolo Di Canio as manager will not have an impact on the foundation’s relationship with the club.

The managerial appointment has attracted criticism as Di Canio has stated in the past that he is a fascist.

Sunderland held a ‘Nelson Mandela Day’ ahead of their match against Manchester United on 30 March and the first-team squad wore the foundation’s t-shirts during their warm up and ahead of kick-off.

The Nelson Mandela Foundation have released a statement to declare their intentions.

The statement read: “The Nelson Mandela Centre of Memory and the management of Sunderland Football Club met in England on Monday, 1 April, 2013, to discuss the public debates around Sunderland’s new coach. Mr Di Canio participated in the meeting.

“The centre recently entered into a partnership with the club designed to promote the legacy of our founder, Nelson Mandela, and to help ensure the future sustainability of the centre.

“It must be stressed that the centre’s relationship is with the club, not with any individual in the club.”

A spokesman for Invest in Africa, the non-profit organisation that promotes the continent and sponsors Sunderland’s shirt, said the appointment is “a football-related matter and under the remit of the club”.