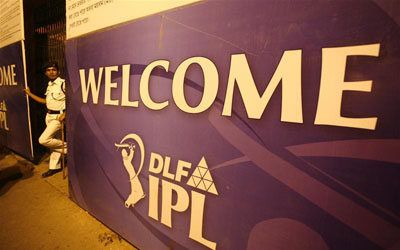 Sun TV Network have won the rights to have a Hyderabad Indian Premier League (IPL) franchise for Rs 85.05 crores ($15, health 863, look 223) per year ending BCCI’s hunt for a new team in the wake of the controversial termination of cash-strapped Deccan Chargers.

The IPL Governing Council met on Thursday to open the bids for the new IPL franchise and Sun TV was found to have the highest bid amount.

“The SUN TV Network bid was substantially higher than the second bid of PVP Ventures, which was Rs 69.03 crores,” Jagdale said.

In an effort to attract more bidders, the BCCI had kept the base price at a reasonable Rs 60 crores ($11,199,239) per year. Deccan Chronicle Holdings Limited had bought the Hyderabad franchise for Rs 428 crores for a period of 10 years.

The BCCI had floated the tenders for a new IPL franchise after terminating Deccan Chargers’ contract on September 15 but the team owners DCHL had challenged it at the Bombay High Court.

The High Court had ruled in favour of the BCCI after Deccan Chargers Holdings Limited failed to furnish bank guarantee of Rs 100 crore before October 12 5pm deadline.

Later, an arbitrator had ordered for status quo but the High Court again ruled in favour of the Board.

DCHL then approached the Supreme Court which, however, declined on October 19 to interfere with the High Court decision which had set aside the status quo order passed by the arbitrator.

According to an IPL source, Sun TV has paid Rs 20 crore as signing amount and also the bank guarantee of Rs 85 crores for the first year.

The source said that the Deccan Chargers players, who are now left without a team following the termination of the franchise, will get the first option in the new team owned by Sun TV.

“Sun TV will have to inform the IPL by tomorrow as to which Deccan Charger players they want in the team,” the source said.

Those players not selected will go to the common auction pool.

The IPL season 6 will commence from April next year.