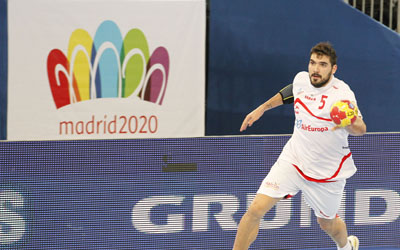 Hassan Moustafa, bronchi the President of the International Handball Federation has praised the Spanish organisers of the Men’s World Championship for their staging of the event.

Hassan Moustafa was speaking in Madrid, one of six cities hosting the competition, along with Granollers, Seville, Guadalajara, Zaragoza and Barcelona.

He said: “The organisation has been excellent. All our requirements were met and the atmosphere has been incredible.

“That’s not just my opinion. I can also speak for the players, the referees and the support staff. We are delighted to be in Spain and especially here in Madrid.”

In addition to thanking organisers, Mr Moustafa also singled out the president of the Madrid’s 2020 Olympic bid and the Spanish Olympic Committee.

“I want to express my gratitude for the excellent work done by Alejandro Blanco.

“Any difficulties we have had along the way have been smoothed out thanks to him and the incredible efforts of the President of the Spanish Handball Federation Juan de Dios Roman and his team.”

According to Mr Moustafa, the last-minute change of venue from Madrid Arena to the Caja Magica stadium did not affect the excellence of the tournament.

“The decision to change the venue to the Caja Magica was exactly right,” he said. “I knew I could trust Alejandro Blanco when he said it would be best. The facilities here meant that everything turned out perfectly. Not just for the teams but for the spectators too.”

Inaugurated in 2009, the 12,442-capacity stadium is one the key venues for the Spanish capital’s Olympic blueprint. Should the 2020 Games be awarded to Madrid, it will host the tennis and paralympic tennis.