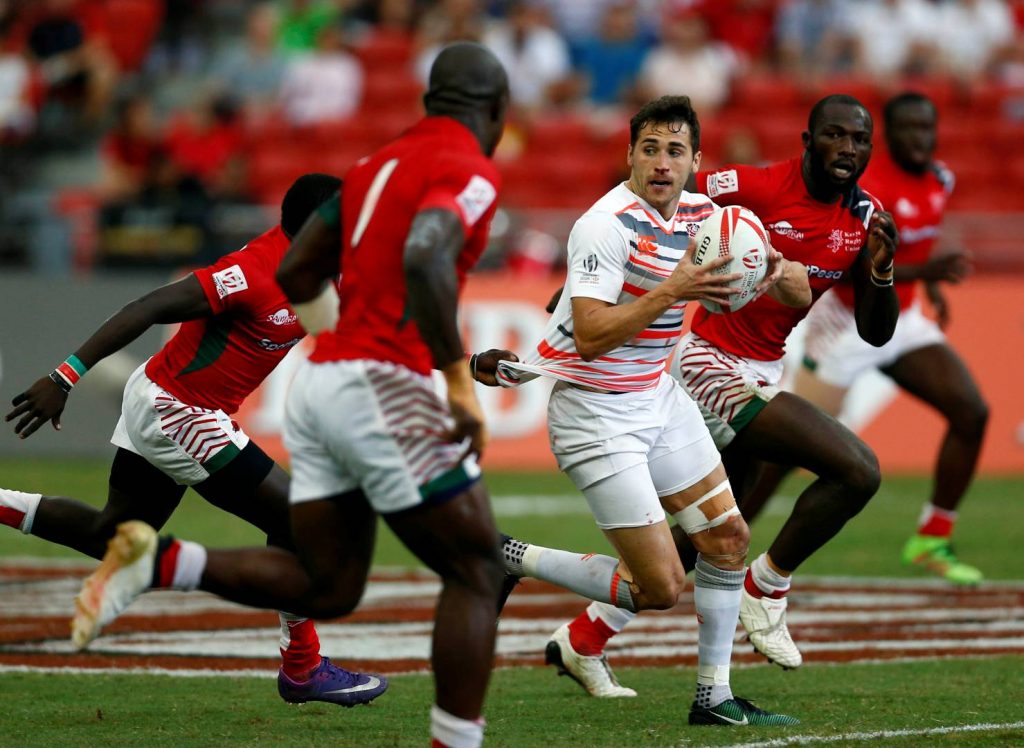 2017 is shaping up to be a great year for rugby in England, both across the professional and grassroots game.

With the England men winning back-to-back RBS 6 Nations titles, England Women (the Red Roses) and Under 20s securing Grand Slams and the England Sevens most recently winning the Vancouver Sevens, the professional game has seen a number of successes.

Similarly, grassroots rugby has had a positive start to the year as we continue to place a huge priority on participation in community rugby and growing our game by finding innovative ways to inspire people to play, volunteer, coach and officiate.

Starting from the ground up, we unveiled our first Rugby 365 Artificial Grass Pitches (AGP) in January, part of the RFU’s commitment to invest £47m over four years into the development of 100 AGPs across England.

It was great to see locals from across the three areas attend the pitch launches and we hope to see the pitches utilised by a range of players of all ages and abilities across each community. We’re already hearing great anecdotes about veterans getting their boots back on to try out the artificial surface and usual local rivals sharing space so they can both train in poor weather conditions.

In January we also launched the RFU’s ‘Meet Your Inner Warrior’ campaign which aims to encourage more women and girls to play contact rugby. Over 1,000 females took part in special Warrior Camps at 100 clubs across the country and a further 100 Warrior Camps are set to take place again next month due to the growing appetite and interest from women aged 18-35.

This growth in the women’s game is only set to increase as we look ahead to the Women’s Rugby World Cup in Ireland this August. As the governing body for the sport in England, we look to fully utilise this exposure for rugby to encourage even more women and girls to try it and join their local clubs. Despite reaching our Rugby World Cup legacy target a year ahead of schedule which was to get 25,000 women and girls participating in rugby by August 2017, we are not resting on our laurels and look to attract a further 25,000 female players to the game by 2019.

Alongside our growth in the women’s game we are also focused on developing our partnership with British Universities and Colleges Sport (BUCS) to provide greater opportunities for people to develop as a rugby player throughout university and encourage students to stay in the game and transition to their local clubs after graduation.

We are also reaching out to returning players through our Return to Rugby campaign, inviting them to revisit the game within an informal and welcoming environment.

Our focus is on providing a range of playing opportunities for all ages and abilities and so we look ahead to a year that will see 24/Sevens kicking off, o2 Touch offering even  more chances for people to play social rugby and our Return to Rugby campaign welcoming former players back into the rugby family.

We encourage people to go to www.findrugby.com to find their favourite form of the game.  Only in the first quarter of the year it’s safe to say we’ve managed to pack a lot into 2017 and hope the year continues to see the game prosper and attract new people into rugby.

To keep updated on England Rugby news, go to www.EnglandRugby.com.

The Commonwealth’s ability to captivate us

‘More fans than ever are tuning into WTA’: Micky Lawler talks record…

WTA President Micky Lawler talks technology, competition and a game for all

Brett Gosper: Why World Rugby’s strategic mission is bearing fruit on all…