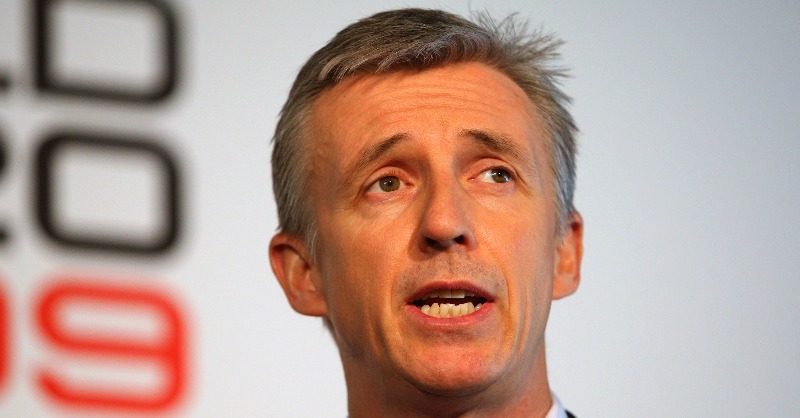 Elworthy joins the Club from the England and Wales Cricket Board (ECB), where he was Managing Director: Events and Special Projects, a role he took on after concluding his appointment as Managing Director of the ICC World Cup 2019. In 2018, he was awarded an MBE for services to cricket.

Prior to this, Elworthy had delivered seven ICC World Events across two countries, served three years as the ECB Director of Marketing and Communications and was the Commercial Director for Cricket South Africa.

Before entering cricket administration, Elworthy was a professional cricketer for fourteen years, representing provincial teams in South Africa, as well as both Lancashire and Northamptonshire in county cricket. Between 1998 and 2002, he won four Test and 39 One Day International caps for South Africa, before retiring from the game in 2003.

In addition to his work at the ECB, Elworthy has also held a number of non-executive positions including serving on the boards of GB Basketball and the Netball World Cup and as Chair of the World Netball Bid Committee for the 2025 and 2027 World Cups. He is the current Chair of the Netball Super League and the UK Sport Representative on the Cycling World Championships Glasgow 2023 Board.

Speaking today, Steve Elworthy said: “I have been incredibly lucky to have worked closely with Surrey CCC over the years, especially when hosting major global cricket tournaments. Surrey is the biggest club in the country and to be offered the opportunity to work with Richard Thompson and the Board, the Surrey team and players is a huge honour.

“The club is steeped in history and has deep-seated roots in the community, and I look forward to taking over the fantastic work already put in place, driven by my predecessor Richard Gould and brilliantly supported by Charlie Hodgson, in the interim.

“The Kia Oval is one of the biggest grounds in the country, one of the world’s greatest sporting venues and has hosted some of the most iconic matches ever seen. The location in Lambeth, SE11, and the outstanding facilities support the already well-established destination of choice.

“The Galadari Stand is a significant addition to the club and ground which provides brand new Members’ facilities and enhances the Club’s conferencing and events business.

“Having played at The Oval when representing South Africa in the 1999 Cricket World Cup, I am looking forward to getting back to cricket and working with the women’s and men’s teams. Cricket, on and off the field, has been part of my life since I can remember, and its values and comradery have helped shape my drive to keep this amazing sport healthy and vibrant – I am truly excited about the opportunities ahead.”

“The Club has only had two Chief Executives in the past 25 years and continuity has been a huge part of our success. This year we have produced more England players than we have for a generation, attracted a record number of Members, opened the incredible new Galadari Stand and continued to develop a hotel adjacent to the ground.

“Surrey CCC is in great shape and remains very ambitious for future success – on and off the field. I have no doubt Steve is well very equipped to help the club fulfil its full potential.”

Thompson added: “I would also like to play tribute to our Interim Chief Executive, Charlie Hodgson. He has done an outstanding job over one of the most challenging seasons I can ever remember. The club owes a debt to Charlie’s commitment and hard work for the club I know he loves dearly.”

“Steve has done so much in his time at the ECB, we’ll miss him hugely. He has played a huge part in the development of cricket in England and Wales over so many years, including the success of major events like the ICC Women’s and Men’s Cricket World Cups in 2017 and 2019 and The Hundred this year.

“Over the past 18 months his work has been crucial in enabling us to play cricket through the Pandemic. He has a vast knowledge and understanding of cricket in this country and internationally, and is a man of great integrity who cares passionately about the game.

“Steve has been a good and trusted friend and while I am very sad he will be leaving, I am delighted for him personally. Surrey is a great club, they deserve the very best and in Steve they have it.”