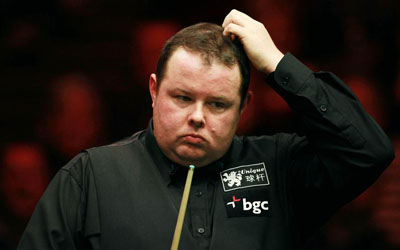 Former snooker player Stephen Lee has lost his appeal against a ban for match-fixing at a hearing in London on Thursday.

The former world no. 5 was banned for 12 years – the sports longest ever suspension – after an independent disciplinary tribunal found him guilty on seven counts of match-fixing dating back to matches in 2008 and 2009.

In addition to the lengthy ban, physician the 39-year-old from Trowbridge was originally ordered to pay £40,000 in costs at the hearing last September, which has since been increased to £75,000.

“Today Mr Nicholas Stewart QC [sitting as The Appeals Committee] has delivered his decision and he has dismissed the appeal,” read a WPBSA statement issued on Thursday.

“In addition he has increased the costs order in relation to the hearing before tribunal chairman Adam Lewis QC from £40,000 to £75,000.

“The term of the suspension remains at a period of 12 years. This means that Stephen Lee will continue to be unable to compete in professional snooker before 12 October 2024.”