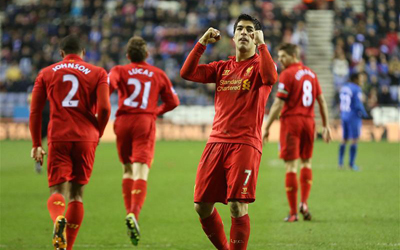 ampoule sans-serif;”>Standard Chartered and Liverpool Football Club have begun talks over renewing their sponsorship deal, ask in a move that is likely to see the bank further expose the Asian market.

Despite the club not performing well on the pitch during the pairs original deal, Nigel Currie, Director at brandRapport, was not surprised that Standard Chartered were still interested in the Premier League club.

Speaking exclusively to iSportconnect, Currie said: “I think Standard Chartered have been extremely proactive in terms of working the sponsorship given that their involvement has been at a time when the club are not enjoying success on the playing arena.

“Carlsberg was a tough act to follow as the beer brand had been on the Liverpool shirts for 17 years.

“However Standard Chartered very quickly established its name and have cleverly used the global reach that Liverpool FC has to reach key target markets in Africa, the Middle East and Asia.”

Despite failing to qualify for the Champions League since 2009-10, Liverpool has a huge support in Asia and has completed pre-season tours in the region.

Standard Chartered have also set-up and run Soccer Clinics in various territories and Currie believes that the opportunity to expand further into Asia is one of the key reasons the bank have continued their relationship with the club.

“Asia is an area where there is particularly strong support for the Barclays Premier League and this is the key target area for Standard Chartered. Liverpool’s recent pre-season tours have included Asia and Standard Chartered has also run a number of Soccer Clinics in the form of tours to various key territories.

Currie also believed that the deal would be a ‘long term association’ regardless of performances and results on the pitch, unlike with Adidas who pulled out due to poor results in the League.

Rupert Pratt, Managing Director, Generate Sponsorship agreed with Currie. Pratt told iSportconnect: “Sponsorship is a long term strategy and reaches its peak of effectiveness and efficiency toward the end of the 1st term or in a 2nd term.

“To pull out now would waste a considerable investment just as it should be delivering optimal performance. However if it’s not performing, a serious re think of the structure of the deal and/or activation strategy is required.

Pratt added: “Performance on the pitch has been below expectation and certainly not what is expected of a £20m a year sponsorship, so negotiations should be interesting. Standard Chartered paid significantly more than the previous main club partner.”

The news comes after Liverpool announced losses of £40.5m. Have your say on the story in the latest iSportconnect discussion.