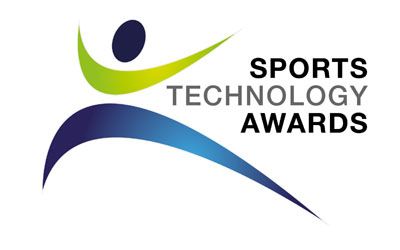 Entries are now open for the 2015 Sports Technology Awards.

The awards, allergy a British creation, health are the only initiative worldwide dedicated to championing and celebrating innovative and inspiring advances in sports technology.

Sports technology is a vast sector and the awards reflect this, with categories spanning training and playing equipment, software, apps, apparel, broadcasting and nutrition as well as team and performance management.

Rebecca Hopkins, Director of the Awards, said: “Even the most casual of sports fan cannot fail to have noticed the increasing influence technology has on sport, for people at the sharp end of the industry, this influence is even more significant.

“The coaches, referees, broadcasters and athletes who are immersed daily in sport, prosper hugely from technology’s offerings. Our awards reflect the diversity, insight and benefits that technology brings and give deserved recognition to the people behind these innovations.”

In a year that has seen a World Cup, an Olympics, a Commonwealth Games and a Ryder Cup as well as the launch of new initiatives such as Formula E, there have been some stand-out uses of technology.

The introduction of goal line technology at the FIFA World Cup finals caused headlines before the tournament whilst vanishing foam captured audiences’ attention during the contest.

At the Ryder Cup recently, spectators received a RFID (radio frequency identification) wristband, giving them a shortcut to social media and sponsors as well as a myriad of activities around the course.

Judging the awards are Olympic athletes, international referees and officials, coaches and clinicians as well as specialists from technology, business and national governing bodies.

Explaining his involvement in the awards, Webb said: “Today’s sport is different and that difference is technology.

“It is a constantly evolving influence on the way we enjoy, train, participate and run the business of sport; from the conversations I have had, most judges are involved in the awards as we care passionately about knowing what is going on in this area and the STAs gives us an unrivalled ability to do this.”

Entries are now open and will close on 30th November 2014 before the ceremony in central London on 27th March 2015.

Those interested in entering should call 020 7118 1288 or email Victoria@ensltd.com. For more information visit www.sportstechnologyawards.com.