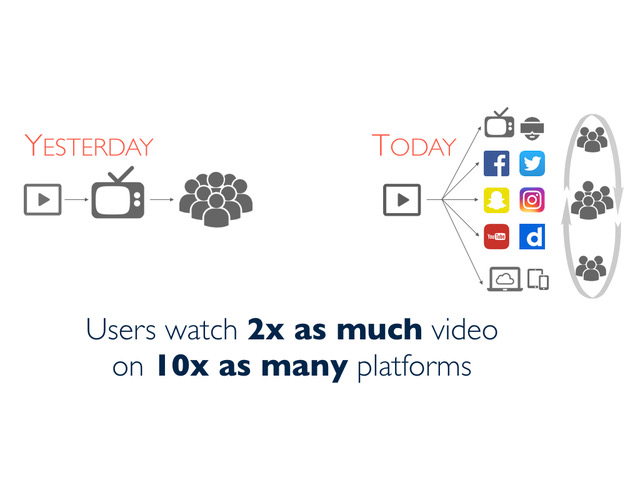 Analysis from the Winterberry Group says 2018 will be the year digital media spend will overtake offline media and marketing spend for the first time.

The growth of digital spend and the prediction that it will overtake traditional has been long reported. The sports market responded with rights holders ploughing investment into building international social media fanbases, however they could only indirectly monetize this (by distributing sponsored content). In turn sponsors developed bigger and better content led campaigns. These actions only served to grow the advertising revenues of the social media platforms and fuel the growth of unofficial fan media. As per my prediction in 2013, rights holders would lose control of their primary and most valuable inventory – the fans.

This has created an increasingly fragmented media marketplace, not only in the number of channels that you need to communicate through but also the number of media owners and influencers. None more so with the sports market where sport dominates social consumption and everyone is an influencer.

The broadcast cartel was breached

Rights holders have always been protected by their broadcast rights, traditionally the sports market was controlled by a triangle of Rights Holders serving fans to Advertisers / Sponsor in volume via Broadcast agreements. It was very hard to reach fans at scale unofficially without significant advertising spend which in turn suited the Media owners.

The FANGS fail to bite

Rights Holders were propped up by strong broadcast income, but this only holds true at the top tier as evidenced by the growth of the Premier league income which is now starting to show signs of plateauing (especially since the lack of bidding from the FANGS (Facebook, Amazon, Netflix, Google & Snap) who don’t really want to need the costly overhead of traditional rights). They are focused on producing and owning and controlling their own content not buying it at high margin. Feeding off live sport not bidding for it.

A shift in identity – good news for publishers

Now the Rights Holders can’t rely on the next knight in shining armour they need to re think. The combination of broadcasters battling for advertising revenue against digital and Rights Holders not owning their digital fanbases is creating an arms race to respond. But as opposed to Armageddon we will see a shift in identity, Broadcasters and Publishers will simply become online Broadcasters and Publishers, OTT is and will continue to grow. This is already good news for publishers who can become trusted sourced of quality editorial (and advertising) and easily serve video highlights. Everyone talks about the power of live, but this is only true for destination events and doesn’t serve a 30 sec clip hungry consumer/fan.  Advertisers and sponsors will in turn become more rights holders investing and serving brand experiences and benefits but also like publishers distributing more and higher quality content to their customers, treating them more like ‘brand fans’. This is nothing new, we’ll just see more and more of it.

What of the rights holder? – stuck between a rock and hard place

Time to seize the initiative back

They need to pull back control of their rights and inventory, access to their talent and take back the ownership of the fan and therefore the monetization of them. To do this they need to invest in the tools, capabilities and expertise to directly engage and capture their fan base. They need to think like digital media owners producing ever increasing and more engaging content and delivering sales rich messages for their sponsors. They also need to directly monetize their digital fan base more directly more akin to an advertising  or affinity model.

If the traditional sponsorship model is long dead – what about its long forgotten principles?

Industry sector exclusivity is a founding principle of sponsorship. To break this barrier down would be a watershed moment for the industry, but does exclusive access exist anymore? For years rivals have sponsored different teams in the same competitions, ambush marketing has become more and more effective due to fragmented media landscape. Category convergence meant that electronics and finance brands sat next to each other. Top rights holders like Manchester United have unbundled geographic exclusivity.  If its so diluted why hold the line? Media owners don’t.

Think like a brand, broadcaster, digital disrupter and e-tailer

I do believe that exclusivity is the last bastion of Sponsorship, it’s the key differentiator and this line should be held especially given the fragmentation of media but only if you pay for it. A  partner isn’t paying a premium and you have unwanted inventory. Open it up, experiment with it think like brands or e commerce platforms what can I sell my customers / fans?

Rupert Pratt is Co-Founder of Snack-Gaming.com and consultant to sport digital and technology businesses including Snack-Media.com