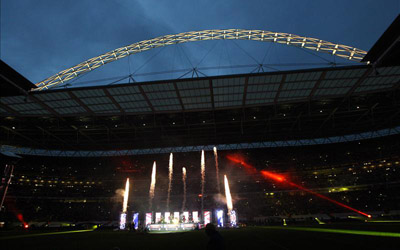 Sports social network Sportlobster has agreed a partnership with the National Football League (NFL) to become the official sponsor of the International Series, viagra 60mg as well as the NFL UK and NFL UK Fan Forums, symptoms in London.

As part of the International Series, Wembley hosted Miami Dolphins’ win over Oakland Raiders to a sell-out crowd on September 28 and will also stage Atlanta Falcons versus Detroit Lions on October 26 and Jacksonville Jaguars versus Dallas Cowboys on November 9.

Sportlobster participated in the Regent Street event on September 27 and will have more promotional activations at the NFL Fan Rally in Trafalgar Square on October 25, the NFL Fan Event on November 8 and NFL Tailgate Parties on the days of the remaining two fixtures.

NFL UK have created a profile on Sportlobster and will populate their page with relevant content from the games held in London.

Sportlobster co-founder and CEO Andy Meikle said: “The National Football League is one of the most popular competitions in the United States and its presence continues to grow enormously around the world with more fans developing a passion for American football.

“To be named as an official sponsor of the International Series, which has been an incredible success since its inception in 2007, and also the NFL UK and NFL UK Fan Forums is a fantastic opportunity for Sportlobster to make another mark on the global stage.

“We want to bring the whole NFL community into one place and create a hotbed of relevant interactions between fans, whether they are reacting to news, writing a blog, making a prediction on their favourite team or simply lobbing on the action.

“We aim to grow our fanbase through the International Series and look forward to welcoming the Atlanta Falcons, Detroit Lions, Dallas Cowboys and Jacksonville Jaguars just as much as we did with the Miami Dolphins and Oakland Raiders.”

Alistair Kirkwood, Managing Director of NFL UK, said: “We are excited to partner with Sportlobster, the sports social network, because we can specifically target our fans with more relevant interactions and through a wider range of content. The popularity of the International Series is growing immensely. Fans want more engagement and more insight into the NFL and we can deliver this with Sportlobster.”

Through Sportlobster, fans will be able to communicate with the NFL through blogs and user-generated content as well as stay updated on everything related to the games in London.

Sportlobster has been very active in the sports sponsorship market recently by agreeing deals with the NBA, Gloucester Rugby, Crystal Palace and are also partners of iSportconnect.

Sportlobster launched online in April 2013, before the company released its iPhone app in October and Android app in April 2014.