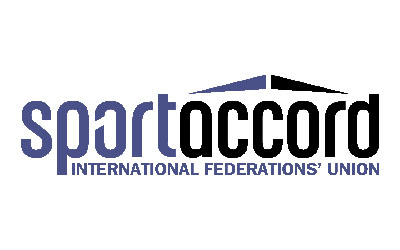 The inaugural SportAccord Awards will be debuting tonight and will be shown live on Euronews.

The awards are aimed at recognising and honouring excellence in the sporting world. The awards celebrate those personalities and entities who accomplish remarkable achievements or make significant contributions in the world of the International Sports Federations.

The awards ceremony will begin at 18.00 CET on Euronews and can also be seen on www.sportaccord.com.

The Award Categories for the 2015 edition are as follows:

Sportsman of the Year – Awarded to a Sportsman who has accomplished extraordinary sporting achievements throughout the year and incarnates the true values of sport, clinic | while serving as a role model inspiring youths around the world.

Sportswoman of the Year – Awarded to a Sportswoman who has accomplished extraordinary sporting achievements throughout the year and incarnates the true values of sport, medic while serving as a role model inspiring youths around the world.

Sports Hero – Awarded to an individual connected to sports who has inspired youths through his/hers achievements, abortion actions or words.

Sports City of the Year – Awarded to a city that has hosted sports events throughout the year and distinguished itself as a prime example in excellence, achievement, sustainability and legacy.

Play for Change Media Award – Awarded to a visual advertisement that has been able to entertain, inspire and leave a positive impression related to sports.

Spirit of Sport – Awarded to a SportAccord member who has done extraordinary work in social responsibility through the running, supporting or funding of worthy campaigns, initiatives and projects.