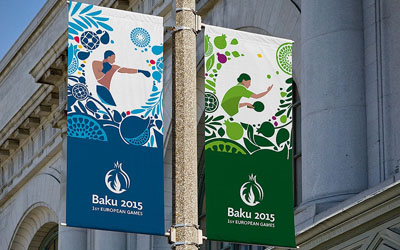 SPORT1 will provide a minimum of 45 hours of games coverage across television, internet, radio and mobile platforms, with the majority being broadcast live. Live coverage of the opening and closing ceremonies will also be shown, in addition to highlight packages being made available.

The deal will also see SPORT1 broadcast the first European Games on free-to-air television in Austria and Switzerland, with an additional minimum commitment of 20 hours coverage shown on their pay TV channels.

“We are delighted to announce that SPORT1 will broadcast the inaugural European Games in Germany, Austria and Switzerland, offering millions of European sports fans the opportunity to enjoy live coverage of this historic event,” Simon Clegg, Chief Operating Officer of Baku 2015, said.

“The signing of this agreement shows the high level of interest in the games around the continent and ensures fans can follow their athletes’ achievements across a range of media platforms.”

SPORT1 will work closely with Baku 2015 host broadcaster International Sports Broadcasting (ISB) and will manage their production through teams based in Baku and Germany.

“As a broadcaster of the first ever European Games, SPORT1 is taking on a pioneering role of promoting the event in three major broadcast territories, Olaf Schröder, chairman of the Management at SPORT1, said.

“Only on SPORT1 will supporters in Germany be able to watch the world-class performances of our top athletes as they battle it out for medals in Baku.”

“This is good news for our top athletes, as well as for the millions of fans, and will help make Baku 2015 a success in Germany. We are very happy that the first European Games will be available to all supporters on free-to-air television on the leading German sports channel,” Michael Vesper, general director of the German Olympic Sports Confederation (DOSB) added.

“SPORT1’s scheduling commitment and enthusiasm makes it a great platform for distribution in these three territories. The European Games are a major multi-sports event and we are looking forward to viewers being able to follow elite sport in the beautiful city of Baku,” Charlie Wijeratna, Commercial Director of Baku 2015, said.

SPORT1 has over 20 years’ experience of providing leading sports coverage to viewers in Germany. By the end of the year it will have produced around 6,000 hours of coverage of major sporting events on its various platforms in 2014, including the recent ice hockey tournament at the Sochi 2014 Olympic Winter Games.

Baku 2015 is the first ever European Games, an exciting and innovative multi-sport event for the continent which will take place from 12 – 28 June 2015.