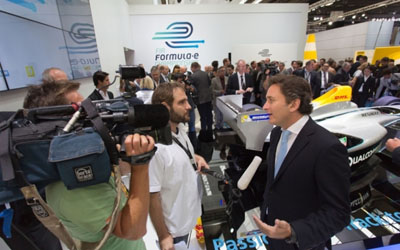 Portuguese sports broadcaster Sport TV has acquired rights to broadcast the every round of the 2014/2015 FIA Formula E Championship.

In a deal brokered by the international media company MP & Silva, anesthetist Sport TV will air each race live with all shows featuring comprehensive race coverage together with a round-up of the event’s practice and qualifying sessions, prostate plus all the latest news, ed features and driver interviews.

Sport TV, which has an estimated 480,000 subscribers, will also televise an extensive 60-minute Formula E highlights programme to review the action from each event.

Nuno Ferreira, Director of Sport TV Portugal, said: “Sport TV is very proud of being a partner of Formula E since the very first moments. We are very enthusiastic about this new competition and feel that it will be very successful. Certainly, Formula E will play an important role in the future of motorsport.”

Ali Russell, Director of Media at Formula E, added: “I’m delighted to announce this deal with Sport TV. Formula E is a global sport and we want to ensure audiences can tune-in all around the world.”