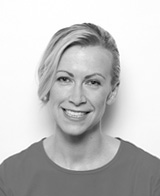 It’s fair to say that professional cycling has had its fair share of challenges over the years.  Although most sports have had a brush with drugs issues at some point in time, cycling is the sport which has consistently suffered from allegations and insinuations and worse still admissions of widespread drug abuse.  However despite all the setbacks over the years such is the underlying strength of the sport that it has almost reinvented itself, become even more popular and accelerated into a new sporting era.

In recent years there has been nothing short of an explosion in the popularity of cycling.  The sport has evolved and has now spread from professional level through cycling enthusiasts, clubs and organisations down to those who just want to enjoy the sport recreationally, use it as a mode of transport and their preferred fitness programme.  In London, Mayor Boris Johnson has led the charge for cycling introducing Barclays Bikes, more protection and better routes for cyclists in the capital and many other cities are now following this lead.

The huge success of British cycling athletes in recent Olympics, coupled with the increase of Major events on home soil, along with successes in the Tour de France, the popularity of Team Sky and individual riders such as Victoria Pendleton CBE, Laura Trott OBE, Sir Chris Hoy, Chris Froome, and Sir Bradley Wiggins has all provided the perfect springboard for the sport to rediscover itself and start to reach out to new mass audiences.   In May the Giro d’Italia started in the UK for the first time and the first 3 stages passed through various parts of Ireland before heading back to mainland Europe.  This week the Tour de France starts in Yorkshire and apart from the tourism benefits will provide a further boost to a sport that has defied all the sceptics and is enjoying a real boost in popularity.

There are now over 3.5 million regular cyclists in Britain (ie cycle 3 times a week or more).  As the numbers continue to grow there is a much greater need to meet the needs of these cyclists in the form of better more affordable bikes and equipment, safer roads and cycling routes as well as a much greater need for more and better organised mass participation events for cyclists.

The increased willingness- indeed keenness – for local authorities to promote and encourage new cycling events has also opened up some significant new commercial opportunities.  Companies and brands are increasingly seeing the attraction of a sport which is now reaching huge numbers of participants and even larger groups of friends and family through social networks while at the same time delivering in spades with regard to both the environment and the overall fitness of the nation.

The Tour de France is steeped in history but the challenge now for cycling is to see the Lance Armstrong issue as the end of one era and take full advantage of the recent developments and outstanding successes within the sport. Capitalising on the tremendous growth in mass participation cycling in particular is key to this and the increased involvement of the commercial sector in the form of new sponsors will undoubtedly take the sport to even greater heights.

Leyanne Jenkins has been the Cycling Account Director at Limelight Sports since 2013 and has a wealth experience in cycling.

For over two years Leyanne was the Major Events and Projects Officer for British Cycling, before becoming the BMX Technical Operations Manager at the London 2012 Olympic Games.