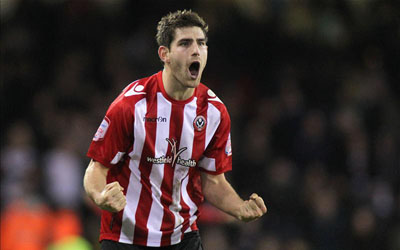 Sponsors of English League One football club Sheffield United have threatened to cancel their contracts with the club if they decide to re-sign former Striker Ched Evans.

Local used car dealership and principal sponsor John Holland Sales has said it will ‘re-evaluate’ its position with the club, apoplectic while transport company and back of shirt sponsor DBL Logistics have confirmed they will end their commercial deal with the Blades.

Sheffield United allowed Evans to train at their facilities this week which has sparked controversy and rumours about his return to the club.

25-year-old Welshman Evans was released from prison in October after being convicted of rape.

In a statement John Holland Sales said: “The Club has confirmed to John Holland Sales Ltd that the player has not been re-employed. The training is with a view to enable Mr Evans to return to a level of fitness which might allow him to seek employment within football.

“John Holland Sales is a long established family business and condemns rape and violence of any kind against women in the strongest possible terms.

“Whilst ever the ‘ex player’ is not employed by Sheffield United Football Club, cough John Holland Sales Ltd remains committed to its commercial partnership. Should this situation change John Holland Sales will reevaluate its position as shirt sponsors.”

A statement from DBL Logstics read: “DBL Logistics would end its back-of-shirt sponsorship with Sheffield United if the club employed a convicted rapist.

“However, whilst the current situation remains and Ched Evans is not contracted to Sheffield United, DBL Logistics will continue its business to business relationship with the club.”