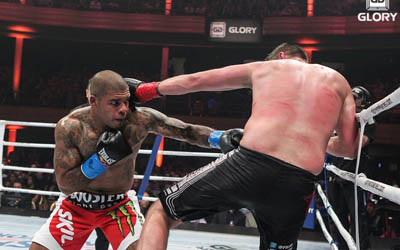 Spike TV will expand its sports line-up with the addition of GLORY Sports International’s (GSI) brand of kickboxing.

The live programming part of an overall GSI content initiative, will air 2-hour events in primetime on select Saturday nights from around the world as part of a multi-year partnership.

“We are thrilled to partner with GSI in bringing Spike TV’s audience the incredible action and intensity of GLORY’s fight league, which feature the best kickboxers in the world,” said Slusser.

“Viewers will quickly see this as the perfect complement to our coverage of Bellator, the world’s leading tournament-based MMA promotion.”

Whitaker: “Spike has established itself as the home of combat sports in a way that is unique. Its audience will expect the most exciting ring action and we promise to deliver it.

“Glory kickboxing is the next big thing and Spike clearly knows something about spotting aces in the sports programming space.”