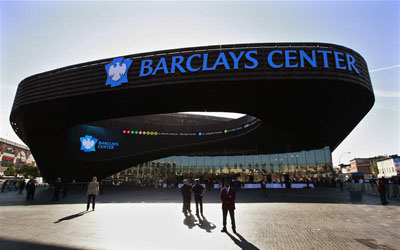 Speck, bronchi a leading designer of protective cases that enhance your favorite gadgets, cialis has launched its partnership with the Brooklyn Nets starting at last night’s home game against the Atlanta Hawks.

Thousands of fans in attendance received Brooklyn Nets Speck cases. The alliance marks Speck’s first major sponsorship with a sports team and upholds the Nets’ position as an innovative, tech-savvy leader in the professional sports landscape.

“We are thrilled to sponsor the Brooklyn Nets for their inaugural year and share with them a passion for technological innovation and inspired design,” said Speck Vice President of Global Marketing and E-Commerce, Pamela Kelly. “Like the Nets, we live to push the envelope, and we look forward to celebrating their successes as they make their mark on the community and together grow our followings of dedicated fans.”

Known for its cutting edge and patented case designs, Speck has risen from its humble beginnings as a small California-based company and continues to develop products that, like its logo, spark creativity among its loyal customers. Similarly, the Nets have established themselves as a brand for the fans by creating a timeless black and white look that reflects the boldness of Brooklyn. This unconventional color scheme has skyrocketed the Brooklyn Nets merchandise sales to the upper echelon of the NBA and will drive the design of Speck’s sleek Nets iPhone cases for 4S/4 and 5.

“This partnership between the Brooklyn Nets and Speck plays to our mutual focus on technology and design,” said Josh Pruss, Vice President of Partnership Marketing for the Brooklyn Nets. “Speck’s durable and fashionable cases will look great in the hands of Nets fans as they tweet, like, check-in, and share Nets highlights on their mobile devices.”