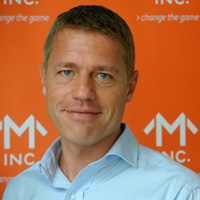 Annual reporting is a critical means of building trust with key stakeholders of sport. Not only is that the case vis-à-vis governments in terms of safeguarding the autonomy of sport. It is also the case vis-à-vis sponsors and media broadcasters, who greatly value assurance that adequate measures are in place to safeguard their reputation and positive association with sport. Yet, many sport governing bodies fail to get full credit for sound management standards, ambitious strategies for further developing sport and/or outstanding activities and results. The reason for this is that either they do not transparently and adequately account for these aspects in their annual reports, or they simply do not publish an annual report at all.

This 14th contribution of mine for iSportconnect’s expert column on sport governance offers perspectives on annual reporting of sport governing bodies with a focus on the case of South African Rugby Union.

Based on publicly available information and an interview with Oregan Hoskins, President of South African Rugby Union, the contribution highlights what governance related aspects of the sport governing body’s annual reporting looks like. It also suggests that annual reporting at South African Rugby Union is indeed a critical means of building trust with key stakeholders such as government, sponsors and media broadcasters. Last but not least, the contribution offers some critical questions about annual reporting for sport leaders to consider, as they start the process of modernizing their governance standards for the future.

My 15th contribution is going to be published in June. It is going to offer perspectives on anti-doping measures in sport with a focus on the case of United States Anti-Doping Agency.

To South African Rugby Union, annual reporting is a critical means of maintaining and increasing trust with its key stakeholders, internally as well as externally. That is not least the case in a situation, where even 20 years after the end of apartheid many South Africans still have a tendency to view rugby as a racist sport for white men only.

By transparently accounting for its governance measures, strategies, activities, results and how its money is spent, South African Rugby Union particularly seeks to ensure trust with three key stakeholder groups; 1) the government, 2) sponsors and media broadcasters and 3) its 14 provincial member rugby unions. Trust with the government is critical in safeguarding the continued autonomy of rugby in South Africa. Trust with sponsors and media broadcasters is critical in ensuring revenues to a sport that receives very limited public funding. And trust with the 14 provincial member rugby unions is critical in maintaining and increasing the engagement in rugby – by volunteers, players and fans.

Annual reports of the South African Rugby Union are made available online following its annual meeting in March. Currently, annual reports for the last five years are available. The most recent annual report covers the year 2013 and is comprised of 132 pages. It is an integrated report, inasmuch as it not only accounts for the consolidated financial statement but also for a range of governance measures, strategies, activities and results throughout the year.

A substantial part of the annual report accounts for political governance measures of South African Rugby Union. Noteworthy accounts include the composition of the Executive Council and committees (including individual actual attendance of meetings), terms of reference for committees as well as a list of independent members of committees (i.e. in areas such as audit and risk and human resources and remuneration). Other noteworthy accounts include the figure for the total compensation of Executive Council members (approx. ZAR 11 million / approx. USD 1.1 million).

As for operational governance measures of South African Rugby Union, noteworthy accounts include a detailed HIV/AIDS policy to promote a non-discriminatory work environment for employees with HIV/AIDS. Other noteworthy accounts include the figure for the total expenses of the CEO office (approx. ZAR 9.1 million / approx. USD 870,000) as well as the total number of male and female employees (143 women and 433 men).

Among the many financial figures in the annual report, noteworthy accounts include sources of revenues (the figures show, among other things, that 86% of the total revenues stem from sponsorships and media broadcasting rights and only 0.3% from government grants and 3% from lottery funding). Strategic initiatives accounted for include a comparative analysis of the broadcast audience for competitions and future target markets with high growth potential.

Last but not least, the auditing of the consolidated financial statement is noteworthy in at least two ways. First of all, auditing is done in accordance with International Standards on Auditing. It reflects South African Rugby Union’s commitment to comply with the ‘Companies Act’ and the ‘King Code of Governance Principles’ in South Africa, despite of not being incorporated and therefore not being legally required to do so. Second, South African Rugby Union appoints both internal and external auditors. For the 2013 annual report, KPMG was the internal auditor while PwC was the external auditor.