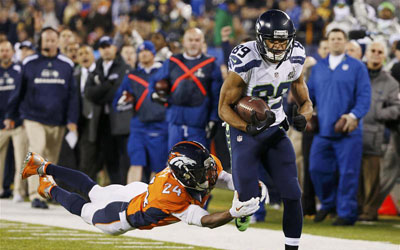 Sony Six business head Prasana Krishnan said: “We are extremely thrilled and excited about this partnership, as we look to deliver on providing the audiences an opportunity to experience the best of American football. The raw nature of the sport promises audiences a combination of high speed action and thrill.”

“This acquisition brings us a step closer in reiterating our efforts in providing quality sports content to our viewers that greatly adds value to our channel as well as to our existing comprehensive bouquet and line-up of sporting events,” he added.

The programming will be themed around educational vignettes, highlight shows and NFL’s trademark pre-season documentary series Hard Knocks. They will work collaboratively on unique initiatives to engage Indian audiences in order to grow fan base and increase knowledge and awareness of the NFL through media.

NFL International Media and Business Development VP Julie Moeller commneted: “We are excited to be working with Sony Six to bring the NFL to new and existing fans in India Their endeavor and focus in delivering fast paced sports in India, aligns with our long-term goal of popularizing NFL in the country. Through live games, marquee events, highlights and league recaps we will provide Indian viewers with a comprehensive platform to experience NFL like never before.”