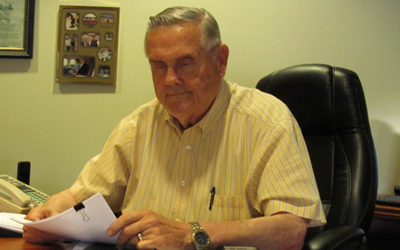 The President of International Softball Federation (ISF) is ‘cautiously optimistic’ that baseball/softball will be included in the 2020 Olympic Games after surviving the International Olympic Committee’s (IOC) cut at the SportAccord Convention in St Petersburg last month.

Baseball/softball, squash and wrestling remain in the running to be included in the 2020 Olympic Games after the IOC removed wakeboarding, wushu, karate, sport climbing and roller sports from the list of contenders.

Don Porter, President of ISF and co-President of the World Baseball Softball Confederation (WBSC) said the process at the SportAccord Convention was ‘emotional’ and that his team was optimistic of their chances.

Speaking exclusively to iSportconnect, Porter said: “We look forward now to a new campaign and we are cautiously optimistic about it.

“We are very excited and overwhelmed at the process at the SportAccord Convention. You never know what the result might be until you hear.”

Porter admitted that the joint bid with baseball faced a ‘tough road ahead’ and that they would have to ‘work hard and…make every effort’ to get the sports back into the programme for the first time since Beijing 2008.

Speaking about the elements of their bid that he felt impressed the IOC, Porter added: “Overall it was the idea that the two sports coming together as one, with two disciplines and the opportunity to really show some added value that we can bring to the Olympics.

“Professional baseball brings a strong commercial side and there is also the ability to bring women into the Games.”

The IOC will make their final decision in September at a meeting in Buenos Aires and regardless of the outcome Porter confirmed that the two sports would stay merged under the WBSC.

“We think that is the best way forward for the two disciplines,” said Porter. “We are not going to give up and we still have a lot of things we want to achieve.”

You can read the full interview with Don Porter here >>