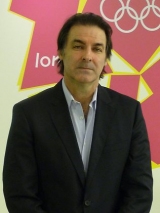 Towards the end of last year, the rapidly approaching Sochi 2014 Winter Olympic Games and the Rio 2016 Summer Games, looming ever larger on the horizon, were described by some senior IOC members as “experimental” Games in new territories, following a series of planning delays and controversies that had beset the host cities. Fast forward a few months, and as Sochi Games organisers and Russian leader Vladimir Putin bask in the plethora of triumphant reviews of the Games, it seems clear that the Sochi experiment, at least, has worked – for both Russia and for the IOC.

The successful delivery of the Sochi Games in such challenging geographic and geopolitical circumstances is also an important milestone in the evolution of the Olympic Games and the Olympic Movement.

It is also a major success for the new IOC leadership under President Thomas Bach and Vice President John Coates, and the coalition of IOC staff and international Games experts who worked closely with local organisers to turn the Sochi ‘experiment’ into an event of huge success

The difficulties that the Sochi and Rio organising committees had been experiencing in their preparations were of such a concern within some sections of the Olympic movement as to have influenced the selection of Tokyo as the bid city of least or lowest risk to host the 2020 Summer Olympic Games.

Amid Madrid’s continuing economic uncertainty, and Istanbul’s political instability, the thinking was that given the problems confronting Sochi and Rio and with the fate of Pyeonchang 2018 still unknown, the IOC needed a safer option for the 2020 Games, which Tokyo demonstrated itself to be through superior communications, technical planning and international relations strategies, showing it was the more reliable and dependable city to host the Games host in uncertain times.

The success of Sochi now, however, provides important new momentum, optimism and focus for Rio 2016 Olympic organisers, with the important lesson that delays and difficulties on major international projects, even on those as vast and as hugely complex as the Summer and Winter Olympic Games, can be overcome and turned around with the right levels of commitment and the right people involved.

The success of the Sochi experiment also provides renewed confidence in first time host cities, and brings renewed momentum to the Olympic mission to take the Games to new territories and markets.

Sochi was the winter equivalent to the massive Beijing 2008 Summer Games, also experimental in many important ways, and both host cities, along with Rio, are at the forefront of efforts to further globalise Olympic sports in the first decades of the 21st century, and establish the Olympic Games as the world’s foremost sporting event and movement on all continents, beyond the traditional staging posts and comfort zones of western Europe and North America.

The glowing assessments of the Sochi Games have been shaped mostly by the experiences of the athletes, the true Olympic experts whose opinion matters most, and they have spoken loudly and as one voice almost from the outset of the universally positive conditions encountered by everyone in Sochi, on and off the playing fields.

If the Games were to be reviewed as a movie, it would be a combination possibly of “From Russia With Love ” and “Back To The Future,” mirroring a now familiar pattern of pre-Games controversy followed by uplifting sport, and athletic achievement and ultimate success.

The countdown to these Games began with a chorus of human and gay rights concerns and cronyism allegations before soaring through the dark clouds of controversy to reach new heights in high altitude sporting drama and inspiration on the slopes of Sochi.

Following difficulties experienced in the IOC’s process to remove and replace sports for the 2020 Olympic Games, the Sochi Games saw the successful introduction of exciting new sports and disciplines and new sporting heroes to world-wide audiences, notably Snowboard Slopestyle, constituting a major success for IOC Sports Director Christophe Dubi, and the IOCs campaign to attract more young people to the Olympic Movement.

The Winter Olympic Games sporting schedule is now in much better alignment with the sporting interests and culture of young people than the Summer sporting programme.

The success of the Sochi Games is also a testament to the growing technical expertise and experience that now exists within the ranks of IOC staff and its knowledge transfer programmes and services, based on learnings from a generation of previous Olympic Games including the recent London 2012 Games, as well as expert committees and Coordination Commissions, which Sochi organisers relied upon heavily.

The importance of the involvement and effectiveness of these internal IOC committees and services, under the direction of Gilbert Felli and his executive teams, is not widely nor fully understood, but play a key role in Games planning and delivery, acting as a vital back up and support for host organising committees, especially in challenging Games environments like those encountered in Sochi.

The success of the Sochi experiment was unexpected by many, as concerns overunfinished hotel rooms and incomplete city and venue beautification projects, human and civil rights protests and terrorist attack warnings suddenly gave way to spectacular, gravity defying sporting manoeuvres that thrilled the world.