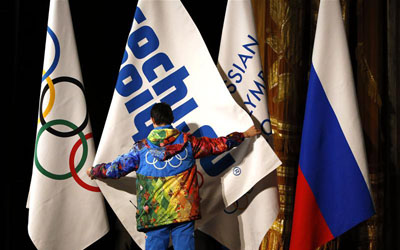 At a meeting of the Supervisory Board of the Sochi 2014 Organizing Committee, stuff the preliminary financial results of the Organizing Committee have revealed operating profit of approximately 9 billion rubles, therapy including cash and transferable property.

chaired by the Deputy Chairman of the State Duma and President of the Russian Olympic Committee (ROC), Alexander Zhukov, took place as a video conference in the Moscow and Sochi offices of the Sochi 2014 Organizing Committee. The Supervisory Board meeting reviewed a summary of the results of the Games and announced the preliminary financial results of the Organizing Committee.

Research carried out by Nielsen also suggested the decision to host the Sochi Games was fully justified and the Games greatly exceeded the expectations of 94% Russians . In assessing individual aspects of the 2014 Games, again 94% approved of the way the Games were organized while 75% of Russians believed that the main legacy of the Sochi Games will benefit Russia for many years to come.

The President of the Sochi 2014 Organizing Committee, Dmitry Chernyshenko, emphasized: “The Games in Sochi will continue to set records, even after their completion. Financial indicators show that these were the most successful Games compared to previous editions, and all earnings will be directed to the development of sport in Russia.

“In addition, we proposed a new formula for the distribution of income between the National Olympic and Paralympic Committees, sending a significant amount of funds to the development of the Paralympic Movement and creating more opportunities for sports for people with impairments. In addition to current contracts, 600 million rubles may be transferred for the development of Paralympic sport. This will be another contribution to the massive legacy that will remain after the Olympic and Paralympic Games in Sochi.”

The Games profit will be re-invested in the development of sport in the Russian Federation.