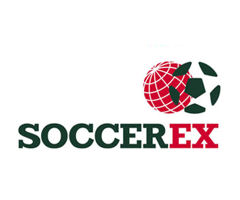 Soccerex in Full Support of the International Sports Business Congress

Soccerex, remedy the global leader for the business of football, cough has confirmed it will sponsor the networking drinks at the International Sports Business Congress (ISBC) on the 17th of July, viagra coupon 2014.

The ISBC, part of the International Festival of Business, will bring together senior figures from sporting business backgrounds to share ideas and forge new relationships.

“The Congress will take place over two days, in two cities considered by many as the football hubs of the UK. The event will kick off in Liverpool on the 17th before moving to Manchester, the city which will host Soccerex’s flagship event, the Global Convention, on 6-10September at Manchester Central Convention Complex. Soccerex host partners Marketing Manchester will be playing a major role at the ISBC, with Sir Howard Bernstein, CEO, Manchester Council, a long-term Soccerex supporter, speaking at the event.

Day 2 of the ISBC will take place at the Etihad Stadium, recently confirmed as the venue for the Soccerex Football Festival on the 6-7 September. Soccerex’s close relationship with the Premier League champions will see both parties bringing together the local community at BT City Square for two days of footballing activities, including a legends tournament, youth competitions, activations and more.  The Global Convention will also feature a host of networking opportunities, including a social evening on the 9th of September at the Museum of Football, host to the ISBC Networking Drinks Soccerex are proudly sponsoring.

David Wright, Marketing Director at Soccerex, said: “We are very excited to be part of the International Sports Business Congress and the wider International Festival of Business. The strong synergies between not only our event audiences but also the location in Manchester and our partners made the opportunity to be involved too good to ignore. We look forward to working with the organisers to deliver a fantastic networking evening at the Museum of Football.”

Commenting on the sponsorship agreement, Richard Morris, ISBC Event Director, said: “We’re really pleased to have made an excellent signing in Soccerex. The Congress is set to be a great event celebrating sport business and in two cities that are renowned for their love and success in sport. With Soccerex’s Global Convention coming up in September, it made perfect sense for Soccerex to link up with the International Sport Business Congress to showcase their event to our sports business audience.”

The Global Convention opens with the Football Festival on 6-7 September, with the Conference starting on Monday 8 September. A packed international exhibition and a programme of networking and social events complete the schedule for what is widely acknowledged as the world’s leading football business event.