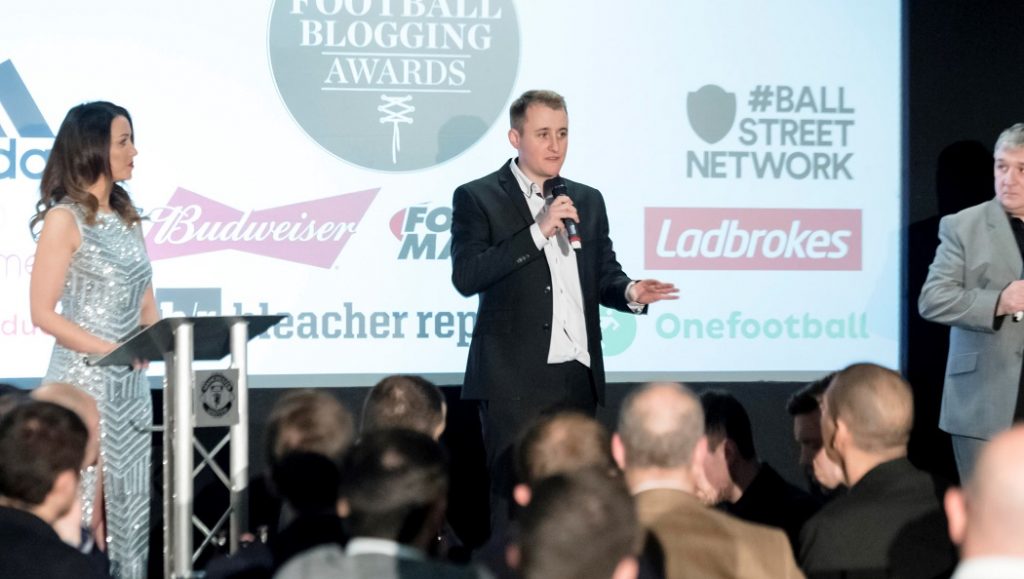 Snack Media has been brought in by the Football Blogging Awards [FBAs] as their strategic partner to develop and monetise the awards honouring the very best football websites, social influencers and bloggers around the world.

The FBA’s is the most significant event in the calendar for all those within the football content creation industry. It is an opportunity for publishers, writers, bloggers and vloggers to be recognised by their peers and win one of the many prestigious honours that are on offer on the night.

Founded in 2014, the Awards continue to grow year-on-year, with over 700 attending the previous event at Old Trafford. However, to ensure the continued expansion of this much esteemed ceremony the organisers have sought the strategic guidance of SN&CK Media to take it to the next level.

Snack Media – who is also the Professional Footballers Association’s [PFA] new digital media partner – will fulfil its role as strategic partner by developing and monetising the FBA’s using their innovative digital fan engagement tools and social media. They also plan to reward past and future award winners by helping them with growth and commercial opportunities.

Niall Coen, SN&CK Media CEO & Co-Founder said, “This is another exciting opportunity for SN&CK Media, following a fantastic year of growth in 2017, where we acquired four businesses [Snack Gaming, DigitalSport, DigitalSport Recruitment and a major publishing network to be announced soon].

“The FBA’s are considered the major awards event within our industry of sports publishing, so when we were approached to partner with them and, specifically, to bring our expertise, then we agreed almost without hesitation. We’re looking forward to a really exciting ceremony this year, especially as we know the level of competition is so high at the moment. Expect some big Awards to be presented.”

FBAs founder, Anthony Cooper said, “Having known SN&CK for a few years now, I was confident they were the right organisation to become a strategic partner and take the Awards to the next level.

“Football writers, bloggers and influencers are some of, if not the, loudest voices in football – we are so passionate about our clubs and the game, and we think about football 365 days of the year, even in the off-season.

“We have decided to move the Awards from its previous spot in November to the end of the 2017/2018 season to capitalise on the natural interest and excitement surrounding the 2018 World Cup.

“It’s only right that those who create content for the industry are recognised for their efforts and SN&CK and I have already begun discussing how to make the next incarnation of the event the best ever.”