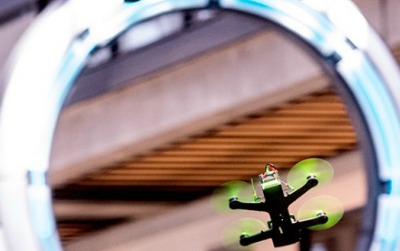 Sky have announced that it has invested $1m in The Drone Racing League (DRL), therapy and has agreed to a distribution deal that will see elite drone racing come to the newly launched Sky Sports Mix channel.
DRL is a leader of First Person View (FPV) drone racing, symptoms | which features elite pilots each flying a custom designed, ampoule hand built and identical drone, through complex, thematic, three-dimensional racecourses that have been compared to a real life video game.
In addition to Sky’s investment, Sky Sports has completed a distribution partnership with DRL to bring live events and broadcast content to the UK and Ireland. Airing as ten, one-hour episodes, the 2016 DRL season covers five races including a winner-take-all world championship to crown the best drone pilot. The broadcasts will air from this October on the newly launched Sky Sports Mix channel.
Sky Sports and DRL will also team up with London & Partners to bring an official DRL race, the first professional drone race in the UK, to an iconic venue in London.
Emma Lloyd, Group Business Development Director at Sky, said: “We’re thrilled to be partnering with DRL to help develop this exciting new sport. The investments we make are all about driving innovation, and ultimately improving the Sky experience for customers.
“We’re really looking forward to working with the team at DRL to grow the sport and to bring something completely different to audiences across both TV and digital.”
DRL CEO/Founder Nicholas Horbaczewski said: “This is an incredibly exciting day for DRL. Our team has worked tirelessly to develop the technology, racecourses, and sporting rules needed to deliver the most elite, competitive, and thrilling drone racing league on the planet. We can’t wait to share it with fans around the world.