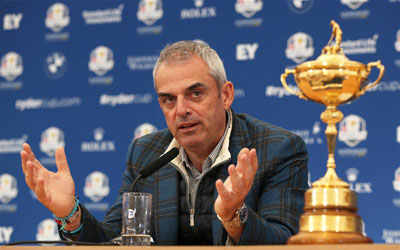 Ryder Cup Europe has announced that six nations have submitted bids to host the 2022 Ryder Cup.

Seven nations initially expressed an interest in hosting the famous golf tournament, ed but Denmark decided not to go ahead with a formal bid.

Despite withdrawing over concerns regarding venue, Turkey confirmed yesterday that they would be launching a bid. That bid has subsuquently been accepted by Ryder Cup officials.

Ryder Cup Director Richard Hills, said: “The Ryder Cup bidding process has a number of important milestones and we very much look forward to working with the six bidding nations, their representatives, and their national golf federations, in developing the specifics of their respective 2022 bids.

“The key criteria we have in place ensure we evaluate each bid equally on both its sporting and commercial merits, while allowing us to judge each bid fairly and thoroughly.”

David MacLaren, a member of the 2022 Ryder Cup Europe Bid Process Team said: “Given the reassuring level of commitment that the six nations have already displayed in terms of the overall process, we feel it is only fair to give them all a slightly longer period to finalise their bids.”

Formal submissions of bids need to be made by 30 April 2015 and in the lead up to that date, the six bidding nations will host a series of meetings and inspections visits by Ryder Cup Europe officials.