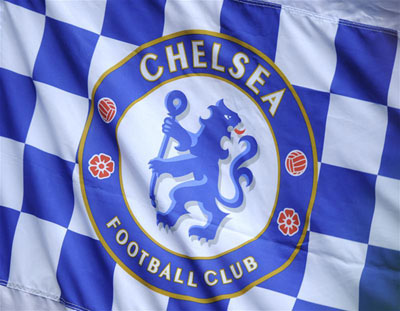 Singha Beer have renewed their sponsorship as official beer partner of Chelsea FC for a further five years.

The agreement will see the Thai beer company remain a sponsor of the club until 2017.

Chief executive Ron Gourlay said: “We are pleased to have renegotiated and extended our partnership with Singha Beer.

“We have enjoyed a fantastic relationship with Singha over the past two years and certainly a highlight for the football club was taking the first team to play a game in Bangkok in 2011 as part of our Here to Play, Here to Stay pre-season tour of the region. The youth team also visited Bangkok this summer playing the Leo All Stars side in front of 7,500 local fans.

“Singha have been an excellent partner and we look forward to working with them over the next five years.”

Piti Bhirom-Bhakdi, board member of Singha Beer, said: “We have embarked upon an incredible relationship with this great team and it has been our privilege to be associated with Chelsea Football Club.

“Working with Chelsea FC has been a wonderful experience from day one and we at Singha are very proud to be part of this club during its most successful period in its history.

“Singha is delighted to be given a chance to extend this fruitful relationship until 2017 and hopefully many more years afterwards. Next year is Singha’s 80th anniversary and we see no better fitting way to celebrate this than continuing with this successful relationship with Chelsea FC.”

Brewed by Boon Rawd Brewery Co, Ltd – the first and largest brewery in Thailand since 1933 – Singha Lager has earned a reputation as one of the finest quality lagers in the world, receiving numerous international awards with a strong global presence in over 50 countries worldwide.

This year has seen Chelsea FC launch an official Blue Pitch in Thailand, the third in Asia having already opened facilities in Hong Kong and Malaysia.

The announcement follows recent sponsorship news that Gazprom, Audi, Sauber F1 and Delta Air Lines have all become Chelsea FC global partners. Samsung have also exercised their right to extend their partnership with the club until 2015.

Former Chelsea Head of Marketing, Ben Wells told iSportconnect: “It’s a great deal for CFC (I am assuming an uplift on what was already a very strong commercial deal). Singha are a hugely ambitious brand, seeking to grow in many of the markets Chelsea are targeting.

“They understand sponsorship and are strong and collaborative activation partners. In Thailand Chelsea are seen as being much newer than the more established clubs like MUFC and Liverpool and hence they resonate with the younger demographic Singha is targeting. Additionally the fans at Stamford Bridge love the beer!”