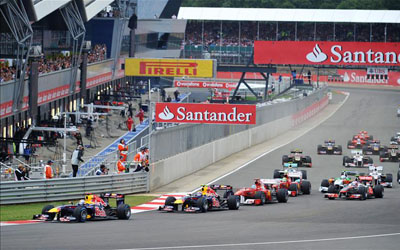 Silverstone is set to undergo management restructuring after three senior executives were suspended.

Managing director Richard Phillips along with Silverstone Circuit Limited (SCL) financial and legal directors Ed Brookes and David Thompson were the employees singled out by the British Racing Drivers’ Club (BRDC) who is undertaking a review of the management structure at Silverstone.

The BRDC’s review comes after two failed attempts to sell the circuit in recent years.

BRDC chairman John Grant and director Lawrence Tomlinson have been appointed as joint acting chief executives of SCL while the process is ongoing.

“The BRDC are taking a closer role in the running of the Silverstone business, with a new operating structure between the Club and the circuit,” read a BRCD statement. “John Grant, chairman of the BRDC, and Lawrence Tomlinson, director of the BRDC, have assumed the role of joint acting chief executive of Silverstone Circuits Limited.

“Having reviewed the Silverstone business, they have embarked on an exciting programme of restructuring to make the business more streamlined, concentrating on their core competencies as a circuit operator and the home of the British Grand Prix.

“Whilst we cannot comment on the suspension of senior executives at SCL, it should be noted that this is only coincidental to the restructure.”

Silverstone opened a new pit and paddock complex called The Wing in 2011 and has a contract to host the British Grand Prix until 2027.